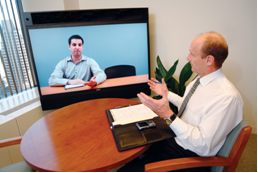 Today, the TUC published a note about the massive increase in the number of people who say they usually work from home.  The findings are from a new TUC analysis published today (Friday) to mark national work from home day, organised by Work Wise UK.

The number increased by 62,000 over the course of last year to reach more than four million for the first time.

The TUC analysis of figures from the Office for National Statistics shows that the number of regular home-workers has risen by over a half a million since 2007 – an increase of more than 10 per cent. And that’s only people who work full-time at home.  There are millions of workers across the UK who occasionally work from home, says the TUC.

As you might expect, the biggest boom in home-working has taken place in the South East, where the number of home-workers has increased by 132,000 since 2007. But in the South West of England, people are still the most likely to work from home, with around one in six regularly doing so.

Across the water, Northern Ireland is the only part of the UK to have seen a fall in the number of home-workers since the recession, with less than one in ten workers currently working from home.

There are many benefits from home-working, says the TUC, provided it is properly managed:

But the growth of home-working may be starting to tail off however, says the TUC, as it has barely kept up with the overall rise in employment. Despite the clear benefits of home-working and demand from staff for more flexible ways of working, too many employers are still afraid of letting their staff work from home. The TUC is urging employers to let staff try out home-working, as they may find it benefits both the business and its workforce.

People working remotely can forget about the cost and stress of commuting and looking for a parking space by swapping those negative factors for freedom and flexibility in their working lives. Look at these examples of remote working:

Some while ago, I also wrote the text for a publication on Remote Working: you can call home working what you like – from teleworking, telecommuting, or outworking. Whatever you call it, it’s catching on fast.  We live in an age when business transactions take place at the speed of light. Because employees want flexibility and the companies they work for want lower operating costs, the idea of homeworking has caught on in a big way. In today’s competitive recruitment market, more and more businesses are responding to their employees’ needs to balance work and family. Homeworking is meeting that need and, as a result, many: 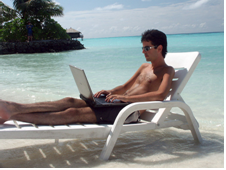 Alongside home working is mobile working which is also changing the way we do business. Technologies are enabling mobile staff to work productively and cost effectively from any location whether at home, on the road or even on the beach. Mobile phones are now owned by most employees. In the same way, a whole range of computing devices, such as Tablets, has now become portable, allowing employees to access email, create documents and even hold meetings without being in the office.

Although a little dated, my publication on Mobile Working still provides some useful analysis and commentary on the way technology advances have changed the way we work.

If you’d like either/or both of these free publications, please email me at mpollins@bizezia.com and I’ll send them to you.