What will happen if the Scottish referendum delivers a NO vote?

Could the EU implode over Scottish independence?
Or could we all suffer a worse fate if the vote is NO? 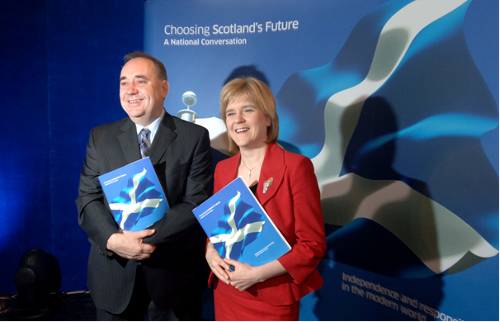 Catherine Neilan wrote an interesting piece this week in City A.M. asking the question: Could Scottish independence lead to the break-up of the European Union?

The second question above is mine and it focuses on what will happen both North and South of the border if, despite all the weeks of hype of independence and eager anticipation, the referendum results in a NO vote.

If Thursday’s referendum delivers a NO vote, there will be several million disappointed Scots who arguably might turn on Mr Salmond et al who will have promised much but failed to deliver. The YES voters will be more than displeased. But it is unlikely to displace Scotland’s First Minister. Harry Rednapp at QPR is more likely to lose his job after his team lost to Manchester United 4-0 over the weekend.

It’s interesting to note that there are almost one million Scots who live in England, Wales or Northern Ireland yet they will not get a say in this referendum on Thursday. The numbers who live “abroad” is unknown.

On a YES vote: Could it break-up the European Union? 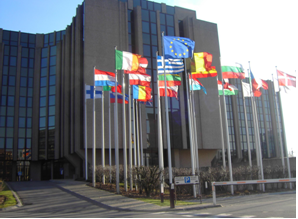 Apparently there is a possibility that the European Union will break up if Scotland breaks away from the rest of the UK, according to Société Générale analyst Albert Edwards.

He warns that the consequence of a Yes vote could be “as unpredictable and as uncontrollable as those of the late 1980s in Eastern Europe, which led to the ultimate demise of the USSR. The EU has been likened to a shark: if it stops moving, let alone goes backwards, it will die”.

His note on the referendum says the “obvious market conclusion is for a weaker sterling” but he prefers to look on the bleaker side, suggesting “a proper old fashioned crisis is plausible”.

If the whole UK ends up leaving the EU, could this be the equivalent of the start of a late-1980s Eastern European domino effect that might end equally unpredictably, he suggests. All this, Edwards argues, could lead to a pretty tough time for markets, interest rates and the Conservatives themselves, who have committed themselves to a referendum on EU membership.

It’s not for nothing that Investment Week reminds us that Mr Edwards is nicknamed “Dr Doom” by City commentators because of his bearish views. We can expect that investors will pull money out of a separated UK (already being acronymed as Ruk (“Rest of UK” or “Remnants of UK” but not “SUK” – for Separated UK) “because of the economic abomination that is its current account deficit” according to Mr Edwards. Not only that but we’ll lose oil revenues, putting pressure on its unsustainable current account deficit, he says.

He paints a miserable future for Ruk, which is likely to exit the EU. “Capital will not be moving from north of the Scottish border to the south. It will be moving out of the UK altogether. With the Ruk needing to attract capital at an unprecedented avaricious rate for this point in the cycle, this ain’t going to be pretty.”

On a NO vote – Could it break up the UK? 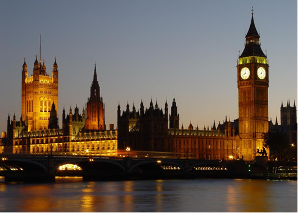 Alexandria Ingham wrote at some length about the consequences of a NO vote in the Las Vegas, Nevada-based Liberty Voice.

Adam Tomkins sets out his view in the Scotsman, here, whilst Matthew d’Ancona has something to say on the matter in last Saturday’s Telegraph, here, concluding that whatever happens in the referendum, nothing will ever be the same.

Whatever happens in the referendum, First Minister Alex Salmond seems likely to remain as leader of the Scottish Nationalist Party (SNP) and of his country and he is secure in his job until May 2016, when the next Scottish Parliament vote takes place. Mr Cameron will know what his future job is next year.

My main concern is the uncertainty of the possible backlash from the YES supporters if they lose the vote. Is there a worse fate awaiting us if the vote is NO?

Please comment below or drop me a line to let me know what you think.

Did you miss my previous posts on the Scottish Referendum? View them here