To Wiggle or Wriggle or just plain Krafty

A lot has been written in the last week about Dr Cable’s stance on foreign takeovers. The Business Secretary wants to get tougher on foreign companies when they buy British firms. 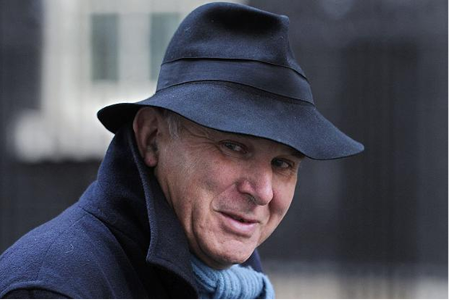 It comes in the wake of the US drugs giant Pfizer failing in its takeover of British rival AstraZeneca. The press talk about “potentially raising new hurdles for overseas acquirers amid heightened interest in British companies as takeover targets”, for example as written in Wall Street Journal.

The worry for Dr Cable seems to be that British jobs are at risk if new foreign owners of British companies find better places in the World to employ people – perhaps less onerous labour laws, lower rates of pay, more committed employees and so on.

Why do foreign predators find the UK so attractive? 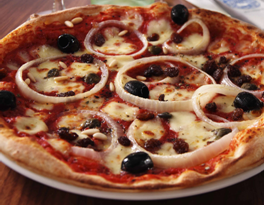 Why do foreign predators find the UK so attractive that they want to buy our businesses? To that question, there seems to be at least one fairly universally accepted answer: our tax rates are very favourable. That means they are lower than elsewhere. So much so that the Americans have coined a new word (or it’s new to me): “inversion”.  The word means the incorporation of a company outside of the US or move of its headquarters to a low tax nation, so as to reduce the tax burden on income earned abroad. But even the Chinese want to own a slice of the UK (this weekend, we learned that Pizza Express has fallen prey to a private equity firm for $1.5 billion).

Would increasing UK corporation tax rates for foreign-owned companies redress any imbalance? Possibly, and it would provide useful cash to pay for repairing the pot holes in our roads or meet the £1 billion cost of terrorist surveillance announced over the weekend (much to whistleblower Edward Snowden’s condemnation about the speed at which it is being done, lack of public debate, fear-mongering and what he described as increased powers of intrusion – reported in the Guardian here.)

Anyway, back to takeovers. Remember the Kraft takeover of Cadburys? Promises were made at the time but, according to what we’ve been told, Kraft reneged on the deal. The promises weren’t solely actually about keeping British employees in jobs per se but rather to keep Cadbury’s Somerdale plant in Keynsham open (which if it had not been closed, and sold, would have meant a whole workforce would not have been put out of their jobs).

Earlier this year, a useful article in BBC News reported on the revamp of the rules governing how foreign firms buy UK companies. In the light of what happened with Cadburys, in September 2011 the regulator (The Panel of Takeovers and Mergers), reviewed the laws and made changes to the Takeover Code in two main areas:

It’s not clear yet exactly what is missing from the 2011 Code changes that makes Dr Cable so uncomfortable. “No wiggle room” for after-the-deal reflections says Dr Cable. So, we can take it that wiggling was permitted in the revised Code. This is a little confusing really as surely Dr Cable would have or should have said something at the time about the matter.

I’m not even sure that Dr Cable means wiggle – defined as: moving up or down, or side to side with small, rapid movements.  He probably meant wriggle, defined as: twisting and turning with quick movements and avoiding doing something by devious means. Yes, wriggle it is, isn’t it?

Neil Hodge reported in Financial Director magazine in November 2010 (some 10 months before the regulator published the new Code) that Iain Newman, partner and head of corporate at lawyers Nabarro, said he believed that the changes could have an adverse effect on employees at target companies. Mr Newman said: “Market practice will develop to allow the commercial objectives to be carried through in due course without being hamstrung by commitments about future intentions. If anything, we are likely to see fewer specific statements on the lines of those made by Kraft and increasing non-committal statements about general intentions.” 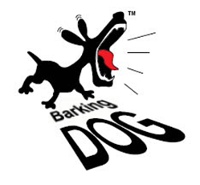 Now, if Dr Cable is anti-wiggling (or wriggling) specifically so as to get assurances from acquirers that they will guarantee British jobs after a take-over, I think he may be barking up the wrong tree. Dr Cable wants any new regime (what’s wrong with the existing one?) overseeing takeovers to include possible fines for firms which renege on promises made during the deal. Not a good idea at all. Just plain bad I think. It interferes with market forces and will have an adverse impact on both the number of deals done as well as reducing the value of companies. Who wants the sword of Damocles hanging over their head ready to plunge earthwards if you have to make a commercial decision about your workforce?

In other words, if you are an acquiring company, it might be better to say nothing about your intentions than to say something you can be taken to task over after a deal is consummated.