What has Mae West got to do with Kevin Pietersen? 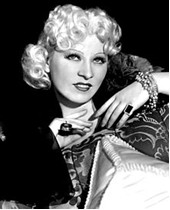 Mae West (1893–1980) was an American actress, playwright, screenwriter, and sex symbol. She was famous for her bawdy double entendres, and made a name for herself in vaudeville and on the stage in New York before moving to Hollywood to become a comedian, actress and writer in movies. The American Film Institute named her 15th among the greatest female stars of all time. She was extremely popular. During World War II, Allied aircrew called their yellow inflatable, vest-like life preserver jackets “Mae Wests” partly from rhyming slang for “breasts” and “life vest” and partly because of the resemblance to her torso.

Some of Mae’s quotes could, with a little stretch of the imagination, have been said by or attributed to Kevin Pietersen, for example:

“I’ll try anything once, twice if I like it, three times to make sure.”

Legacy.com says that Mae West was no tame actress. Her career was built on pushing the envelope and challenging boundaries, from her early performances as a teenager working in burlesque shows to her final film. Kevin Pietersen is no tame sportsman. He is also very good but when he’s bad, might he even be better?  As we all know Kevin Pietersen has been sacked by the ECB. No one really knows why. But, it appears he had something other players didn’t have (apart from a prodigious talent) and that is courage and conviction. He was prepared to speak up and confront problems.

Test cricket will be much poorer for his absence from the scene. 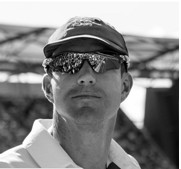 The Daily Mail, here, says the real reason KP was sacked was that he told ‘headmaster’ Andy Flower (the England coach) not to treat players like they were kids after Melbourne debacle. To remind you, England lost all 5 of the Ashes matches in Australia. I was unfortunate enough to see the first Match last November at the Gabba in Brisbane. It wasn’t a good experience. It wasn’t a good series: head coach Andy Flower has now resigned, spinner Graeme Swann retired, and batsman Jonathan Trott has left the squad with a stress-related illness.

The Daily Mail says that a players’ meeting called after the fourth successive Ashes defeat apparently was the pivotal event leading to Kevin Pietersen becoming an England outcast. The summit in Melbourne — without team management present — was the idea of Matt Prior, the England vice-captain who had been dropped after the Ashes were lost in Perth. Prior, who regards the England team ethic as all-important, still wanted an opportunity for the players to discuss without fear of recrimination how they could improve dressing-room morale and the team environment. The consensus within the squad was that England team director Andy Flower had been too much of a ‘headmaster figure’ during the tour and needed to relax his iron grip to get the best out of the team.

It was after the meeting following the Boxing Day Test defeat that Pietersen, rather than the captain Alastair Cook, took it on himself to tell Flower where the players felt he was going wrong.

Dropped England wicket-keeper Matt Prior, has (as has been widely reported) engaged in an angry exchange with broadcaster Piers Morgan over the sacking of Kevin Pietersen. And former England captain Michael Vaughan, in the Telegraph, here, says: “Kevin Pietersen’s sacking by England is preposterous and we are owed a proper explanation. There is something terribly wrong with the team and coach if they cannot cope with a great player’s quirks. The England and Wales Cricket Board has to provide a proper explanation about why Kevin Pietersen is no longer an international cricketer. What exactly did he do wrong?”

Also from the Telegraph, Paul Hayward, Chief Sports Writer writes, here: “England fans need to know why ECB dumped Kevin Pietersen. If Paul Downton, Ashley Giles and Alastair Cook do not explain their decision it is difficult not to see England’s best player as anything other than a scapegoat.”

Sir Ian Botham demands answers over Kevin Pietersen sacking, in an article, here. In it he expressed his disgust at Kevin Pietersen’s axing and called on the ‘‘amateur comedians’’ at the England board to provide answers. In his column in the Daily Mirror, Sir Ian wrote: ‘‘I’m baffled, exasperated and disgusted the England and Wales Cricket Board (ECB) think they can get rid of Kevin Pietersen, issue a statement full of corporate waffle, and hope everyone will forget about it… We want answers, the truth.”

Even the Prime Minister has a view on the matter. He says dropping Kevin Pietersen may have been a mistake. He says the former England cricketer is an “amazing man” and admits he agrees with Piers Morgan over controversial dropping, according to the Telegraph, today here.