Turning our backs on the past with a dose of Federalism 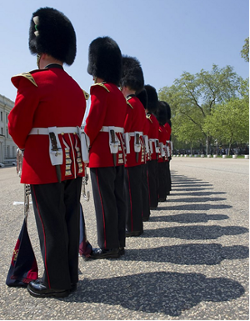 This is an addendum to my previous Blog on Federalism which I wrote last month; Modernisation (aka Federalisation) of the United Kingdom.

After the results of the Scottish Independence referendum were announced, the Prime Minister, promised that not only would Scotland receive what was promised, but that expanded devolution would extend to Wales, Northern Ireland and England as well. This is quite a shift from the devolution instituted by the Labour Party. In other words, the UK government is looking to divide its powers among its constituent countries.  In my Bog on this subject last month, I asked how this might be done.

My business partner, David Seidel, is a Canadian and British lawyer. He suggested that Canada offered a perfect paradigm and precedent, which may help the UK coalition in these matters.

Commentators and economists abound with their views on UK devolution as this article testifies but are we really ready to turn our backs on the past?

Devolution is in the air 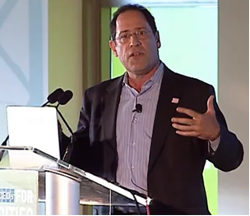 Bruce Katz, a vice president of the Brookings Institution says that “devolution is in the air in the UK and in a remarkable turn of events, Britain’s political parties are competing over how, not whether, to devolve power to cities and metropolitan areas.”

Mr Katz observes that in the past fifteen years, Whitehall’s iron grip on power has slowly begun to loosen:

A report from the RSA City Growth Commission, ‘Connected Cities: The link to Growth‘, published July 2014, suggested that to create a more productive system of cities and economic growth for the UK as a whole, metros need to have much greater influence in national infrastructure decision-making. The RSA (Royal Society for the encouragement of Arts, Manufactures and Commerce) is an enlightenment organisation committed to finding innovative and creative practical solutions to today’s social challenges. In its final report published on 21 October, it focused on a plan to devolve power from Whitehall to Britain’s metro areas. If UK cities were able to make their own decisions on tax and spending, it could boost economic growth by £79bn a year by 2030. RSA is pushing for draft legislation to be in place by 2015 claiming that “Our centralised political economy is not ‘fit for purpose’.” You can listen to a programme on BBC4: The Devolutionaries – Powering up England’s Cities here. [Interesting, that it mentions “England’s Cities” rather than “Britain’s Cities”.]  The RSA’s Final Report: Unleashing Metro Growth, is available here.

According to Mr Katz, this scenario presents an opportune time to discuss what long-standing fiscal devolution in the United States might teach Britain. You can read about it here. Mr Katz warns that while the United States offer\s many lessons, it is not perfect. He says: “Some areas of policy naturally lie at the federal or state level (like inter-metropolitan transportation), so when those levels of government don’t act, nothing gets done. Municipal fragmentation within metro areas means that cities often find themselves in competition with each other for economic anchors.”

According to Jochen Hung in an article in the Guardian last month, a federal system needs a strong bond to hold individual elements together. Post-war Germany had it but, he says, it’s doubtful the UK does.

From Empire-Building to Federalism 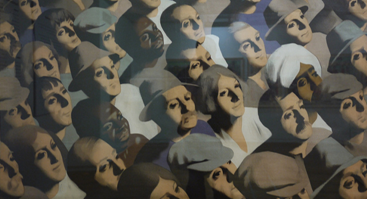 Jeffery Simpson in The Globe & Mail reminds us that while we Brits created federalisms around the world, we never wanted it at home. Mr Simpson writes about how we governed territories throughout the British Empire but, when on withdrawal from these territories, we left behind federal structures. He adds: “Some of these have endured for a long time, as with Canada and Australia; others for rather less time, as with India; while still other federations fell apart, as between Singapore and Malaysia, and various rickety efforts in Africa and the Caribbean.”

“Federalism is a cinch and it will make for a better realm”, says Chris Giles in an interesting piece in the FT, which you can read here.

Is there something we can learn from the Americans and others about federalism or are we fixated on the status quo – preferring centralised government for Britons? Please let me have your thoughts in the comment box below or at mpollins@onesmartplace.com