Some people still don’t get it.

There are, in my view, only two strategies for any organisation:

But there is a third strategy and that is called market segmentation.

It’s not just me saying this. It’s conventional wisdom.

The late Professor Michael Porter at Harvard Business School knew a thing or two about strategy. In his 1980 classic book, Competitive Strategy: Techniques for Analysing Industries and Competitors, he simplifies the scheme by reducing it down to three best strategies. They are cost leadership, differentiation, and market segmentation (or focus). Market segmentation is narrow in scope while both cost leadership and differentiation are relatively broad in market scope.

If you apply this thinking to professional firms, most are in the first camp. But when asked if and how they are different to their competitors, they say “we are different because we”:

But the truth is that if you were to ask a competitor up the road, they would say exactly the same things.

So, not different at all.

Most cars are the same: 4 wheels, steering wheel, engine and boot. And, of course, a comfortable interior. Yet some stand out from the others. Take Mercedes for example, see how they show they are different in this advert about the grim reaper missing out and the driver saying “sorry”, here. 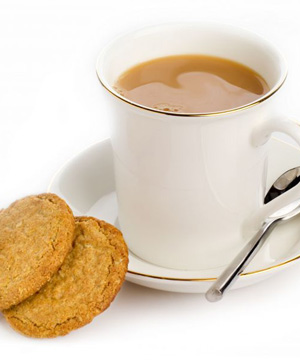 Yes, we “invented” the menu idea and I know it was mentioned and popularised in the Boot Camps in this country, the USA, Canada and Australia. It didn’t cost us very much more than when we only offered tea or coffee but its impact made a very big difference.

Of course, we had to do it properly. The choice made by Mr Bloggs was recorded and looked up when he next visited us. We even had a local restaurateur train our people in how to put a cup in a saucer and where to place the spoon.

It worked. And that combined with fresh fruit on the meeting table certainly differentiated us from our boring, staid competitors.

“Think different” was an advertising slogan for Apple created by the Los Angeles office of advertising agency TBWA\Chiat\Day. It was used in a television commercial, several print advertisements and a number of TV promos for Apple products. The ad introduced the concept of The Crazy Ones and was meant to recharge Apple’s innovation efforts and Steve Jobs succeeded in doing so by thinking differently.

Significantly shortened versions of the text for Apple were used in two television commercials, known as “Crazy Ones“, directed by Jennifer Golub who also shared the art director credit with Jessica Schulman and Yvonne Smith. According to Jobs biography, two versions were created before it was first aired: one with the actor Richard Dreyfuss voiceover, and one with Steve Jobs’ voiceover. On the morning of the first air date, Jobs decided to go with the Dreyfuss version, saying that it was about Apple, not about himself.

Here are the words…

“Here’s To The Crazy Ones. The misfits. The rebels. The trouble-makers. The round pegs in the square holes.  The ones who see things differently. They’re not fond of rules, and they have no respect for the status-quo. You can quote them, disagree with them, glorify, or vilify them.

About the only thing you can’t do is ignore them. Because they change things. They push the human race forward. And while some may see them as the crazy ones, we see genius.

Because the people who are crazy enough to think they can change the world – are the ones who DO.”