I came across this rather by accident (or curiosity) rather than design and as it looked interesting, I read up on it.

The Magical Number Seven, Plus or Minus Two: Some Limits on Our Capacity for Processing Information

This theory of Miller’s Law is mentioned by Malcolm Gladwell in The Tipping Point which was my starting point, although Gladwell doesn’t actually call it Miller’s Law.  I found that its source is an academic paper by the cognitive psychologist George A. Miller.  In 1956, Harvard University-based Miller published a paper in Psychology Review that provided a fascinating insight into human memory. Miller researched how much we can remember in our short-term memory compared with long-term memory and the difference between the two.

Miller was one of the founders of the cognitive psychology field and worked on mathematical, computational and psychological aspects of that field. I’m interested in mathematics, computational things and psychology (my MBA thesis embraced it) so I burrowed further. Reading Wikipedia informed me that Miller’s paper, The Magical Number Seven, Plus or Minus Two: Some Limits on Our Capacity for Processing Information” is one of the most highly cited papers in psychology. You can read it here. It’s often interpreted to argue that the number of objects an average human can hold in working memory is 7 ± 2. This is frequently referred to as Miller’s Law – but the question is: is it only a rule of thumb rather than a scientific fact?

A Word of Warning

A Word of warning… Before you conclude that Mr Miller’s focus on the number 7 provides absolute certainty on memory recall, I recommend that you visit the uxmths.com website and read this page. It provides a list of several articles debunking Miller’s Law, albeit from a webpage design perspective. 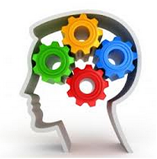 In The Tipping Point, Malcolm Gladwell doesn’t seem to say anything directly about Miller’s Law but rather refers to it as the Channel Capacity. This is a concept in cognitive psychology that refers to the capacity of the brain to store/recall certain information. Without getting into all the different experiments described in the Tipping Point, the idea is that the average human brain is wired to store about 7 ± 2 (plus or minus) categories/bits of information before mistakes are made in recalling.

Malcolm Gladwell continues in The Tipping Point to discuss the idea of Social Channel Capacity. The idea is that humans become less effective as a group when they reach around 150 people or more because with a group of this size, people cannot maintain emotional ties with each other. In other words, there is a limit to the amount of relationships one person can have and maintain. Groups of less than 150 members usually display a level of intimacy, interdependency, and efficiency that begins to dissipate markedly as soon as the group’s size increases over 150. This concept has been exploited by a number of corporations that use it as the foundation of their organisational structures and marketing campaigns.

Also, see my blog, Does it add up? Is 10,000 hours really the key to success? You can read it here. After Malcolm Gladwell wrote in Outliers that 10,000 hours of dedicated practice is what it takes to truly master any skill, he came in for some criticism: Critics argue that the “10,000-hour rule” is over-simplified and doesn’t account for genetic differences. In The Sports Gene, former Sports Illustrated senior writer David Epstein (author), points out some contradictions to Gladwell’s rule – for example, that athletes at the same level of competition can have very different amounts of practice time or playing experience, and that success in sports isn’t determined only by how much an athlete practices