The House of Rothschild: How did they become so powerful? 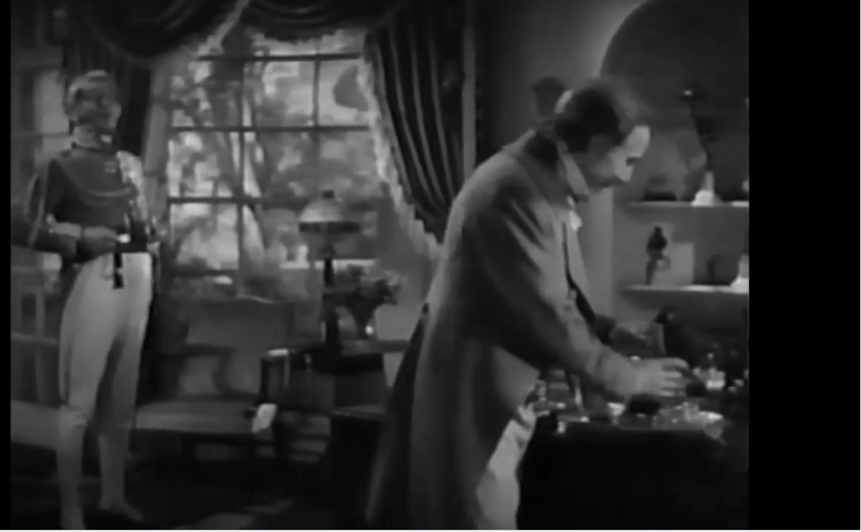 The House of Rothschild is a 1934 American Pre-Code film written by Nunnally Johnson from the play by George Hembert Westley, and directed by Alfred L. Werker. It chronicles the rise of the Rothschild family of European bankers. Of the actors, perhaps the best-known are: Boris Karloff as Count Ledrantz, Loretta Young as Julie Rothschild, Robert Young as Captain Fitzroy and C. Aubrey Smith as The Duke of Wellington. George Arliss took the lead role and played Mayer Rothschild.

To explain: Pre-code is the brief era in the American film industry between the widespread adoption of sound in pictures in 1929 and the enforcement of the Motion Picture Production Code censorship guidelines, popularly known as the “Hays Code”, in mid-1934.

Briefly, the film plot is:
In 1780 in Frankfurt Germany, youngster Nathan Rothschild warns his parents Mayer Amschel Rothschild and Guttle that the taxman is coming. They respond by hurriedly hiding their wealth, including currency, silver, etc. The taxman demands 20,000 gulden, an exorbitant sum, but accepts a bribe of 5,000 and reduces the taxed by 9/10ths. Mayer’ Rothschild’s satisfaction is short-lived, 10,000 gulden due to him is intercepted and the money confiscated by the taxmen. Mayer tells his sons that he tried to be as honest as possible, but the anti-Semitic authorities will not let him; he admonishes his children to acquire money, for “money is power” and a defense for their people.

Later, as Mayer Rothschild is lying on his deathbed, he instructs his five sons to start banks in different countries across Europe: Amschel in Frankfurt, Salomon Mayer von Rothschild in Vienna, Nathan in London, Carl in Rome, and James in Paris. That way, they can avoid having to send gold back and forth as the need arises, for in war they are in danger of being robbed by the enemy and in peace by their own countrymen. Instead, they can draw on each other’s banks.

Thirty-two years later, the five sons have established banking houses. From their humble beginnings, the business grows and helps to finance the war against Napoleon, but it’s not always easy, especially because of the prejudices against Jews. The wealthy Rothschild family undergo prejudice from the anti-Semitic society in which they live.

NOTE: The gathering of all of the five sons of Mayer Rothschild on his deathbed never happened, it was a dramatic license taken by the scriptwriters. In reality, only two of his sons were present while the others were living in different European nations at the time.

You can watch a film clip at:
https://www.youtube.com/watch?v=ibkF3gXAEes

The Book, by Niall Ferguson 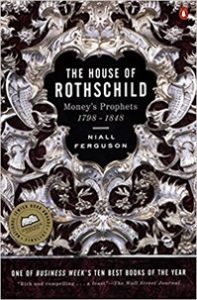 Source: Amazon.co.uk
The House of Rothschild: Money’s Prophets 1798-1848, is a rich and nuanced portrait of the remarkable, elusive Rothschild family. Written by Oxford scholar and bestselling author Niall Ferguson, the book uncovers the secrets behind the family’s phenomenal economic success. The author reveals for the first time the details of the family’s vast political network, which gave it access to and influence over many of the greatest statesmen of the age. And he tells a family saga, tracing the importance of unity and the profound role of Judaism in the lives of a dynasty that rose from the confines of the Frankfurt ghetto and later used its influence to assist oppressed Jews throughout Europe.

It’s described as ‘a definitive work of impeccable scholarship with a thoroughly engaging narrative, ‘The House of Rothschild’ is a biography of the rarest kind, in which mysterious and fascinating historical figures finally spring to life.’

You can buy the book at Amazon from, here.