The changing nature of work and the birth of the weekend 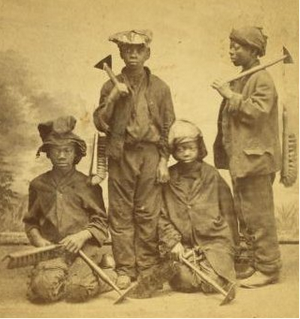 Just over a century ago, horrific employment practices were prevalent across Europe. Men, women and young children worked in mines and sweatshops for 16 hours a day in squalid conditions. The working environment was dangerous and accidents not uncommon. Fires, malfunctioning equipment often maimed and killed the main breadwinners leaving families to starve.

A lot has changed since then – particularly with the introduction of the concept of the weekend. Today, Europeans working full-time spend roughly 30% of their life working. Incidentally, that is the same amount of time they spend sleeping.

So what does it mean to be an employee in Europe today?

Free movement of workers is a fundamental principle of the Treaty on the functioning of the European Union and has since been developed by EU secondary legislation and the Case law of the European Court of Justice. EU citizens are entitled to:

The above is generally uncontroversial and is practiced throughout the member states on a daily basis. For instance, I am Swedish, but went to university and law school in London. I pay my taxes and national insurance contributions in the United Kingdom and I am registered as “emigrated” with the relevant Swedish authorities. Broadly speaking this means, I enjoy the same rights as a British citizen, save for voting in national elections. My job market is in theory not confined to Sweden or the United Kingdom. I am effectively competing for jobs with the working population of the entire European Union. I say in theory because my line of work does come with some inherent restrictions on the ability to practice in different jurisdictions which has in turn generated further Directives and case law. However, there is at present nothing that stops me from applying for a job in Sweden and provided that someone is willing to hire me, go through the motions of three years of practice and then an aptitude test before applying to the Swedish bar. Similarly, here in the UK a Swedish lawyer can become a Registered European Lawyer or take the Qualified Lawyers Transfer Test.

Say what you like about the European Union but the principle of free movement of workers is something they actually got right.

We now have European citizens moving freely across member states and numerous efforts have already been made to streamline the employee rights of EU citizens. For instance, the respective Directives dealings with statements of particulars of employment, prohibition against discrimination or harassment in employment, working time, business transfers, and rules in relation to mass terminations or collective dismissals have largely been implemented across member states. The key word here is implemented as opposed to directly pasted into domestic legislation. This means that there is still scope for many quirks and differences.

However, the European Directive of 14th October 1991 (‘1991 Directive’) aims to ensure that the bare minimum for employment terms is reduced into writing.  For instance, in the UK within 2 months of employment an employer must provide the employee with their written statement of particulars of employment to include a set of information set out by statute.

If an employer fails to provide this statement, provides an inaccurate or incomplete statement or does not provide an employee with a statement of changes, an employee may make a complaint to an Employment Tribunal.

Where an employee has no other successful substantive claim, the only remedy will be a declaration from the Employment Tribunal either confirming the particulars as they stand, amending them or substituting others as it thinks appropriate.

Where the employee has a successful substantive claim, in addition to a declaration of particulars of employment, the employee may also be eligible for compensation if the Tribunal finds that at the employer was in breach of its duties. The additional compensation will, unless there are exceptional circumstances, be two or four weeks’ pay.

The requirement of a written statement of particulars outlining the terms of employment can be found in other member states as well.   These are all variations of implementation of the European 1991 Directive which requires employers to provide a written agreement with the essential terms of the contract, such as the names of the parties;  the place of the work;  the job position;  a brief characterisation or description of the job position;  the starting date;  for fixed term contracts, the term of the employment;  the duration or, if not possible the terms and conditions of annual leave;  the duration, or if possible, the terms and conditions of the notice period;  the amount and components of the compensation;  the daily or weekly working time;  and applicable collective bargaining agreements.

Having considered how the 1991 Directive has been implemented across Europe it still amazes me how many employers still have no written framework whatsoever. There were 191,541 claims accepted by the Employment Tribunal Service in the financial year 2012/13. Many of these arose from inadequately documented employment contracts or a failure to follow proper employment procedures and laws.

Disgruntled employees could still put their employers through defending an Employment Tribunal claim (however weak, scandalous or vexatious) to the tune of an average of £9,000 in legal fees. I think that drawing up standard employment contracts will be a lot cheaper than that.