The Bible: who wrote it and why? 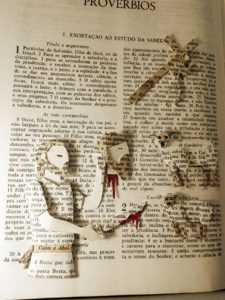 Not intending to be controversial, this text is simply about a book. A book called the Bible: who wrote it and why? And in what language was it written?

As we all know, the holy scripture of the Christian religion is called the Bible. It tells the history of the Earth from its earliest creation to the spread of Christianity in the first century A.D. Both the Old Testament and the New Testament have undergone changes over the centuries, including the publication of the King James Bible in 1611 and the addition of several books that were discovered later.

Whatever religion holds your belief, you’ll be interested to read about the Bible at: https://www.history.com/topics/religion/bible

A good starting point is the name. How did this holy book come to be called the Bible? The Bible takes its name from the Latin word Biblia (‘book’ or ‘books’) which comes from the Greek Ta Biblia (‘the books’) traced to the Phoenician port city of Gebal, known as Byblos to the Greeks.

Although the Bible, a collection of sacred texts or scripture, is the central book in Western culture, it seems extraordinary that there is no proper history of it. Along with the Codex Vaticanus, the Codex Sinaiticus is considered the oldest known Bible in the world. The Codex Sinaiticus was more than 1,460 pages long and measured 16in by 14in. It was written by a number of people around the time of Constantine the Great in the 4th Century. The manuscript contains the Christian Bible in Greek, including the oldest complete copy of the New Testament. The hand-written text is in Greek.

The New Testament appears in the original vernacular language (koine) and the Old Testament in the version, known as the Septuagint, that was adopted by early Greek-speaking Christians.

The entire Bible was first put together in Greek. The Old Testament came from the Septuagint, a Jewish translation of the Hebrew scriptures and related writings into Greek before the time of Christ.

The New Testament documents were all composed in Greek, although Aramaic materials may have been used in doing so.

Biblica, The International Bible Society, say that during the thousand years of its composition, almost all of the Old Testament was written in Hebrew. But a few chapters in the prophecies of Ezra and Daniel and one verse in Jeremiah were written in a language called Aramaic. This language became very popular in the ancient world and actually displaced many other languages. Aramaic even became the common language spoken in Israel in Jesus Christ’s time, and it was likely the language He spoke day by day. Some Aramaic words were even used by the Gospel writers in the New Testament.

The Greek bible was translated into Latin by various people, with varying quality, until Saint Jerome translated major portions of the Bible into Latin. He began in 382 AD by correcting the existing Latin language version of the New Testament, commonly referred to as the Vetus Latina. By 390 AD he turned to translating the Hebrew Bible from the original Hebrew, having previously translated portions from the Septuagint which came from Alexandria. 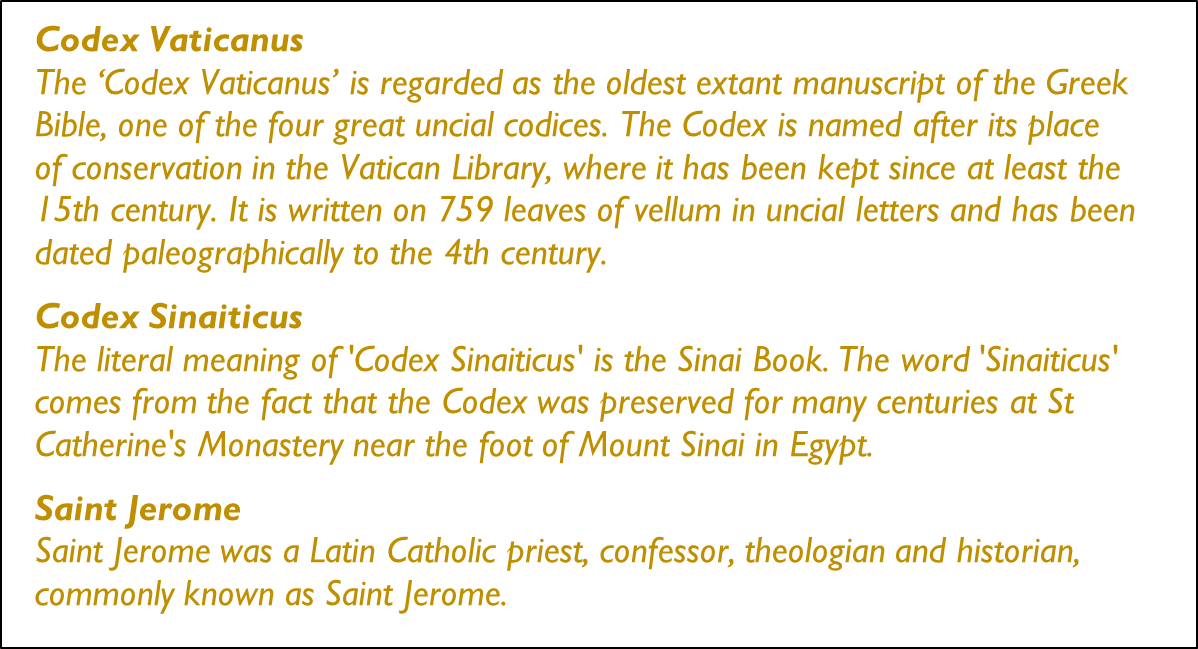 A timeline of events recorded in the Bible, based on traditionally accepted timeframes and general consensus of a variety of sources can be found at: https://biblehub.com/timeline/#sources. The sources include Wilmington’s Guide to the Bible, A Survey of Israel’s History (Wood), The Mysterious Numbers of the Hebrew Kings (Thiele), ESV Study Bible, The Treasury of Scripture Knowledge, International Standard Bible Encyclopaedia, and Easton’s Bible Dictionary. They are probably all available on Amazon.

According to both Jews and Christians, the books of Genesis, Exodus, Leviticus, Numbers, and Deuteronomy (the first five books of the Bible and the entirety of the Torah) were all written by Moses in about 1,300 B.C.  Not everyone agrees, however, because of the lack of evidence that Moses ever existed and the fact that the end of Deuteronomy describes the “author” dying and being buried.

CREDIT:
Mostly extracted from Glossary – Timeline of the Bible, published by OneSmartPlace, at: https://onesmartplace.com/resources/glossaries/ from where you can obtain a free digital copy.