When the Government publishes the Budget, the Chancellor gives a speech to Parliament in which he sets out the key decisions on tax, borrowing and spending, and his reasons for taking those decisions. This speech is known as the Budget Statement. 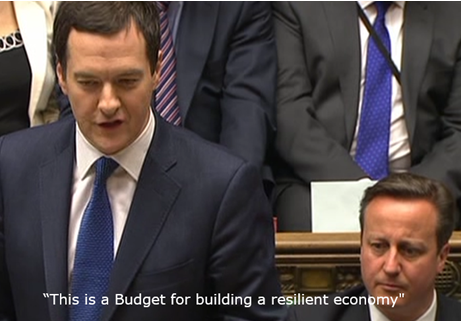 And that’s what Chancellor George Osborne did yesterday. “This is a Budget for building a resilient economy,” he said.

The official forecast on which the Chancellor bases the Government’s Budget is provided by the Office for Budget Responsibility (OBR).  Their duty is to examine and report on the sustainability of the public finances and it is required to do so objectively, transparently and impartially.

Brief history of the Budget

The Chancellor of the Exchequer is the most senior minister at HM Treasury and acts as the nation’s primary finance minister. A bit like a finance director.

The Treasury itself dates back to the time of the Norman Conquest. Even before 1066, the Anglo-Saxon Treasury collected taxes (including the Danegeld, first levied as a tribute to the Vikings to persuade them – sometimes unsuccessfully – to stay away) and controlled expenditure.

The first “Treasurer” was probably “Henry the Treasurer”, who owned land around Winchester; the site of most royal treasure of both the Anglo-Saxons and the Normans. Henry is referred to in the Domesday Book and is believed to have served William the Conqueror as his Treasurer.

Extra detail on some points

Cutting the 10% tax rate on savings income: The government announced at Budget 2014 that from April 2015, it is abolishing the 10% ‘starting-rate’ of tax for savings income and replacing it with a new 0% rate, to provide further support for the lowest earners. It is also increasing the amount of savings income that the new 0% rate applies to, from £2,880 to £5,000.  This means that anyone with a total income of less than £15,500 will not pay any tax on their savings. From April 2015, if total income (things like wages, pension, benefits and savings income) is less than the personal allowance, plus £5,000, a taxpayer will be eligible to register for tax-free savings, with their bank or building society. 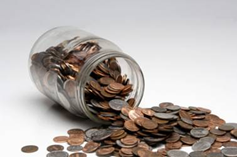 Personal allowances for non-residents: To ensure the UK personal allowance remains well targeted, the government intends to consult on whether and how the allowance could be restricted to UK residents and those living overseas who have strong economic connections in the UK, as is the case in many other countries, including most of the EU.

Capital Gains Tax (CGT): non-residents and UK residential property: As announced in Autumn Statement 2013, legislation will be introduced to charge CGT on future gains made by non-residents disposing of UK residential property. A consultation on how best to produce the charge will be published shortly after the Budget. These changes will have effect from April 2015. Legislation will be in Finance Bill 2015.

Increasing Small and Medium Enterprises (SMEs) payable Research and Development (R&D) tax credit: Legislation will be introduced in Finance Bill 2014 to increase the rate of R&D payable credit for loss-making SMEs to 14.5% from 11% for qualifying expenditure incurred on or after 1 April 2014. This will increase the rate of the cash credit payable to SMEs that conduct R&D, but do not have corporation tax liabilities. 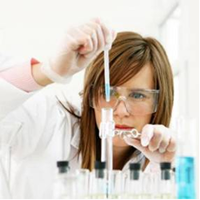 Enterprise Zones (EZ): Enhanced Capital Allowances (ECAs): Legislation will be introduced in Finance Bill 2014 to extend the period in which 100% ECAs are available in EZs by 3 years until 31 March 2020, and to include a power to make future extensions to the duration of ECA schemes by Treasury Order. A pilot EZ will also be established in Northern Ireland. ECAs are available to companies investing in qualifying plant and machinery on designated sites within EZs. These changes will have effect from Royal Assent to Finance Bill 2014.

Enhanced Capital Allowances (ECA) for zero emission goods vehicles: The government will extend the ECA for zero emission goods vehicles to March/April 2018. However, to comply with EU State aid rules the availability of the ECA will be limited to businesses that do not claim the government’s Plug-in Van Grant. Legislation will be in Finance Bill 2015.

Extending the Seed Enterprise Investment Scheme (SEIS): Legislation will be introduced in Finance Bill 2014 to remove the time limit from SEIS and make it permanent. The legislation will also make permanent the CGT relief for reinvesting gains in SEIS shares. These changes will come into force from Royal Assent to Finance Bill 2014 and, for CGT reinvestment relief, have effect for 2014 to 2015 and subsequent years.

Venture Capital Trusts (VCT) share premium accounts: Legislation will be introduced in Finance Bill 2014 to prevent VCTs returning capital subscribed by investors within 3 years of the end of the accounting period in which the shares were issued. These changes will have effect from 6 April 2014.

Accelerated payment in tax avoidance cases: This is a very contentious area: As announced in Autumn Statement 2013, legislation will be introduced in Finance Bill 2014 to change tax administration to require taxpayers who have used avoidance schemes which are defeated in another party’s litigation, and who do not settle the dispute, to pay the disputed amount to HMRC on demand. Following consultation, further legislation will be introduced in Finance Bill 2014 to extend accelerated payment of tax to users of schemes disclosed under the Disclosure of Tax Avoidance Schemes (DOTAS) rules, and to taxpayers involved in schemes subject to counteraction under the General Anti-Abuse Rule (GAAR), so that the amount in dispute is held by HMRC while the dispute is resolved. These changes will take effect from Royal Assent to Finance Bill 2014.

Avoidance schemes involving the transfer of corporate profits: Legislation will be introduced in Finance Bill 2014 to prevent companies from obtaining a Corporation Tax advantage by transferring profits between companies within a group.  The legislation will provide that where as part of tax avoidance arrangements a company transfers all or a significant part of its profits to another group member, then the company’s profits will be taxed as though the transfer had not occurred. These changes will have effect for any transfer of profits made on or after 19 March 2014.

Disclosure of Tax Avoidance Schemes (DOTAS): The government will consult on extensions to the DOTAS ‘hallmarks’ (the descriptions of schemes required to be disclosed) to be introduced by secondary legislation later in 2014, and proposals to strengthen HMRC’s powers to tackle non-compliance with the rules, with a view to legislating in a future finance bill.

Direct recovery of debts: Another contentious area: Legislation will be introduced to allow HMRC to recover tax and tax credit debts of £1,000 or more directly from taxpayer accounts, subject to rigorous safeguards. The government will also consult on the draft primary and secondary legislation and on the implementation of the measure, including safeguards to prevent hardship. Legislation will be in Finance Bill 2015.

Further information on various measures announced by the Chancellor can be found at:

The Bizezia Online Business Library now includes the 2014 Budget Summary as a PDF. You can view it online here.