TESCO – don’t write off the giant yet

There’s been more bad news about TESCO: Over the weekend, there were several stories about TESCO selling its bank. At first glance, it seems like a bad move but admittedly TESCO has to do something to restore itself to its former glory. However, the bank’s 6 million customers might feel more confident with a new owner. Time will tell. 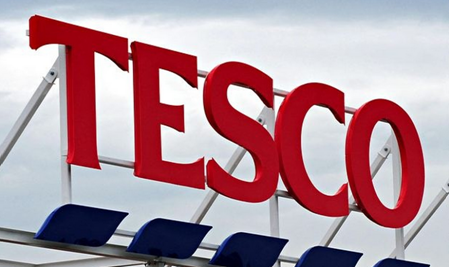 The Telegraph reported: “Tesco has begun exploring the possible sale of a stake in its banking arm as it speeds up plans to raise billions of pounds in much-needed additional capital. The troubled supermarket giant, fighting the biggest crisis in its 95-year history, is in the early stages of examining a potential partial float of Tesco Bank, which could raise between £500m and £1bn.”

I’m not sure why TESCO needs to raise £2 billion or so: OK, they haven’t been doing so well recently but they’ve still been profitable. If they get their act together, they’ll soon have the money they need to expand. Selling their bank is rather extreme and as it’s closely linked to their credit card operations and Clubcard loyalty scheme, it doesn’t seem the smartest thing to do. 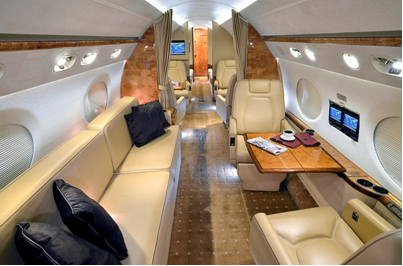 TESCO is also looking to sell its five-strong fleet of aircraft – most people will agree with that decision.

Then there is the mooted sale of Dunnhumby, the data mining engine behind its Clubcard loyalty scheme – I’m not sure if that’s the right decision at all. It might raise £2billion, or even as much as £3 billion according to analysts, but it’s long been regarded as one of the jewels in the TESCO crown. The accumulated knowledge that business has about TESCO customers, their behaviours and buying habits – surely TESCO won’t want someone else owning and using that information if the business were sold?

The overstatement of profits and the general malaise about TESCO’s response to the supermarket war raging in the UK, have conspired to topple the company from its previous lofty position as a respectable and growth-oriented organisation. Until their current problems, TESCO had been a darling of the UK stock market. When Warren Buffett sold a large chunk of the company’s shares recently, he was open enough to say that he made “a mistake” on TESCO, a group in which Berkshire Hathaway still owns just under a 3% stake. 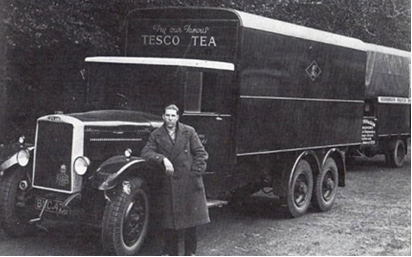 TESCO, founded a year after the end of World War 1 by Jack Cohen originally as a group of market stalls, changed its name in 1924, after Cohen purchased a shipment of tea from T. E. Stockwell and combined those initials with the first two letters of his surname.

I have blogged about it before arguing that companies like TESCO have three strategic options:

I place TESCO in the third category. They haven’t withered or died yet but they seemed set to go in that direction unless they did something dramatic. Maybe the £263m black hole in profits we’ve learned about over recent weeks is a blessing in disguise since serious action was needed.

Of course, we all know that TESCO is a retailer and a pretty big one too – one of the largest retailers in the world. In the 1990s, Tesco “repositioned” itself, from a “pile ’em high, sell ’em cheap” retailer, to one that embraced a wide social group and grew some five-fold in the process, by number of outlets. It may not have totally shed its “pile ’em high, sell ’em cheap” status and, as its inventor, it certainly isn’t used to losing out to newcomers such as Lidl and Aldi. The real trouble is that it may have lost its identity being neither one thing nor the other and it probably needs to reinvent itself all over again. 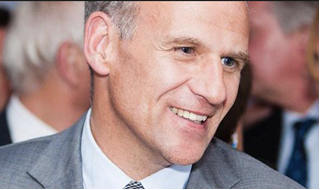 As the Telegraph put it last month, “the crisis facing Tesco is being celebrated by opponents and campaign groups who were bulldozed out of the way by its dominance”. But it needs to survive and reinvention is the answer. Apple did it. So can TESCO. That’s why the appointment of Dave Lewis [pictured], a non-grocer, as chief executive may have been one of the smartest moves TESCO has made for a long time. He is already talking about re-thinking and re-energising the company and you can hear his views in a frank video, here.

As I close this article on TESCO, I see that not only is it being bashed around in the UK but it is also losing market share on the global stage as German discount chains continue to steal its retail territory, according to researchers at Euromonitor International. CITY A.M. report that TESCO has now been bumped from fourth-largest retail chain in the world into fifth place by German value group Schwarz Beteiligungs. Its dominant position in the UK is also being eaten away by high-end supermarkets like Waitrose, and hard discounters Aldi and Lidl. Wal-Mart remains in pole position so it would be interesting to see how they’ve done what TESCO (so far) have failed to do.

Perhaps the solution for TESCO lies in the Euromonitor International small print. Their data on the global retailing industry is showing a steady growth of 5.3% in 2014 due to improved performance in Western Europe. Key findings from their new research shows: