First, two stories about VAT charges that I read on the New Model Adviser website will be of interest to tax practitioners and those who advise on savings and pensions: 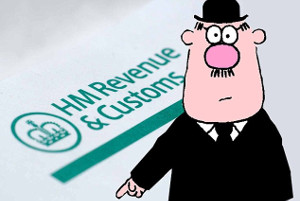 HMRC is set to meet with the Tax Incentivised Savings Association (Tisa) and Sipp providers including Hargreaves Lansdown, to discuss the Sipp operator business model according to New Model Adviser®.

HMRC has agreed not to impose VAT on core platform service charges. HMRC looked at applying VAT on platform charges in a consultation, held in October 2013.

HMRC had already decided in April last year to levy income tax on rebates received by platform clients. However, final guidance, to be published later this month, confirms that HMRC will keep primary platform services, including custody, VAT exempt. This confirms a position taken in draft guidance last December.

HMRC said the primary service platforms supply in return for a fee involves, the following, and the services will be VAT exempt:

However a platform’s portfolio management services for clients, advice, information, research and market data will be VAT liable.

A couple of other stories are covered below:

Surveyor gets prison sentence for not paying 20 years’ tax

From accountingLIVE: A self-employed consultant quantity surveyor who earned almost £1m over a 20 year working period but failed to pay any tax has been sentenced to two and a half years in prison following an HMRC investigation. John Powell, from Kenilworth in Warwickshire, worked as a quantity surveyor in the civil engineering industry, mainly on new building complexes in both the UK and overseas, but did not declare his earnings or pay any income tax or National Insurance.

Birmingham Crown Court heard Powell owed HMRC nearly £260,000 in taxes, but spent the money on properties, including the cash purchase of a villa in Antibes on the French Riviera.

What I don’t understand is how he got away with it for so long.

Also from accountingLIVE: HMRC has published guidance on how anti money laundering supervision for estate agency businesses will be managed after April 2014, when it takes over this responsibility from the Office of Fair Trading (OFT). From that date, HMRC will become the supervisor for Estate Agency Businesses under the Money Laundering Regulations 2007. Any business already registered with the OFT will be automatically transferred to HMRC without the need to take action.

Nothing very exciting about this but you can read about it here.

The guidance is available here.