Too Small to Fail? Why being small is an advantage

by Martin Pollins | May 27, 2014 | Miscellaneous, Tax, Business and Management Issues 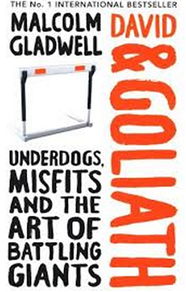 Most professional firms, other than the giants of the legal and accountancy professions, regard being large as an essential attribute when communicating with prospective clients.

Is that what you do or did?

Well, it may have been wrong to do so. Being small is not such a disadvantage and has been so since a small shepherd boy called David picked up his sling and a few carefully chosen stones and went to battle with the mighty giant Goliath.

Malcom Gladwell wrote about this in his latest book, released last year, called: David and Goliath: Underdogs, Misfits and the Art of Battling Giants.  He speaks about it on TED here.

The idea that perhaps everything we thought about power was wrong and, in the ancient story of the shepherd boy who toppled a giant, David actually had the advantage, set Malcolm Gladwell on another interesting journey.

As in other books by Gladwell, he argues it’s “because” he is small, rather than “in spite of” his smallness and his unorthodox choice of weapon that David easily slayed Goliath.

Even today, most people underestimate the importance of agility and speed.

In the movie, Enemy of the State, starring Will Smith and Gene Hackman, there was a great conversation about how to use your disadvantages to your advantages. Listen to the conversation:

Edward ‘Brill’ Lyle (Gene Hackman’s character): “You know in guerrilla warfare, you try to use your weaknesses as strengths.”

Robert Dean (Will Smith’s character): “Such as?” 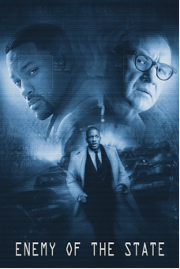 Edward ‘Brill’ Lyle: “Well… if they’re big and you’re small then you’re mobile and they’re slow. You’re hidden and they’re exposed. You only fight battles you know you can win. That’s what the Vietcong did. We capture their weapons and then use them against them the next time. That way they’re supplying you, you grow stronger as they get weaker.”

One of the many worries of starting your own firm is the fear of getting smashed to pieces by the large players in your marketing arena. They have much more money, more people and resources than you have. A small firm should know that when it comes to providing a personalised service to their customers, they will win hands down every time against a larger firm. Successful small firms know that that big businesses often spend a disproportionate amount of money trying to copy the close personal connections that you have with your customers. You have the advantage because customers like to feel understood, valued and be treated as special – something that’s a lot easier to do when you are small.

Advantages in being small

There are many more advantages, so please email me or comment below and let me have your thoughts. And while you’re thinking about it, consider what economists call “diminishing marginal returns”, just in case you have been focusing on the wrong things.