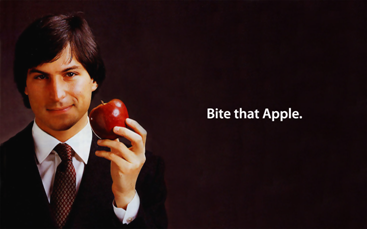 “That’s been one of my mantras — focus and simplicity. Simple can be harder than complex. You have to work hard to get your thinking clean to make it simple. But it’s worth it in the end because once you get there, you can move mountains.” – Steve Jobs

I read this today in a blog by Ginny Soskey: “One key part of being a great inbound marketer is understanding how – and why – other people think and act the way they do. Think about it for a second. How can you create compelling content if you don’t know why it would be compelling to your audience in the first place? How can you personalise content to reach the right people if you don’t know what type of content they would like, and why they would like it?

Put it another way if you like: you cannot market anything if you don’t know how your customer is going to perceive it, use it and value it. (These are my words!)

A Steve Jobs MasterClass in marketing

Evan Carmichael, a great and inspirational author of articles in Better Business Focus, emailed me this week after seeing a 1997 video of Steve Jobs talking about marketing.  He says that it’s one of his favourite videos of all time and it has had a dramatic impact on his business and his life.

Picture this. It’s 1997. Steve Jobs had just returned to Apple as CEO and started to cut out unwanted management and unprofitable product lines such as printers and unloved devices such as Newton. There wasn’t much left, except his vision, passion and brilliance as a marketer.

See if you can find the vision, the passion and the marketing strategy for a company which at the time was in a death spiral. And see if you can apply any of this psychology to your own firm.

“To me, marketing is about values. This is a very complicated world, it’s a very noisy world. And we’re not going to get the chance to get people to remember much about us. No company is. So we have to be really clear on what we want them to know about us.”

Then he said: (You can watch the whole video here) 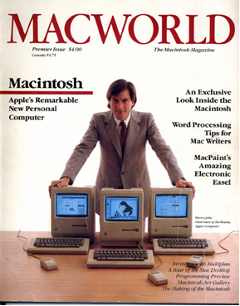 “Now Apple, fortunately, is one of half-a-dozen best brands in the whole world. Right up there with Nike, Disney, Coke, Sony – it is one of the greats of the greats.  Not just in this country, but all around the globe.

But even a great brand needs investment and caring if it’s going to retain its relevance and vitality. And the Apple brand has clearly suffered from neglect in this area in the last few years. And we need to bring it back!

But the best example of all, and one of the greatest jobs of marketing that the universe has ever seen, is Nike. Remember, Nike sells a commodity. They sell shoes!!

And yet, when you think of Nike you feel something different than a shoe company. In their ads, as you know, they don’t ever talk about the product. They don’t ever tell you about their air soles and why they are better than reebok’s air soles.

What does Nike do in their advertising? They honour great athletes.

And they honour great athletics. That’s who they are, that’s what they are about!

So… when I got here, Apple just fired their agency and there was a competition with 23 agencies that… you know… four years from now we would pick one. And we blew that up and we hired Chiat\Day, the ad agency that I was fortunate enough to work with years ago and created some award winning work including the commercial voted the best ad ever made, 1984 (by Advertising Professionals).

And, we started working about eight weeks ago, and the question we asked was, “Our customers want to know who is Apple and what is it that we stand for – where do we fit in this world?”

And what we’re about isn’t making boxes for people to get their jobs done — although we do that well. We do that better than almost anybody, in some cases.

But Apple is about something more than that! Apple at the core… its core value – is that, we believe that people with passion can change the world for the better. That’s what we believe!

And we have had the opportunity to work with people like that.

We’ve had the opportunity to work with people like you; with software developers, with customers, who have done it. In some, big and some small, ways.

And we believe that, in this world, people can change it for the better. And that those people who are crazy enough to think that they can change the world, are the ones that actually do!

And so, what we’re going to do in our first brand marketing campaign in several years, is to get back to that core value!

But values and core values – those things shouldn’t change. The things that Apple believed in at its core, are the same things Apple really stands for today.”

You can watch the whole video here. 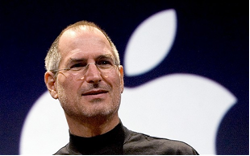 “When you’re a carpenter making a beautiful chest of drawers, you’re not going to use a piece of plywood on the back, even though it faces the wall and nobody will see it. You’ll know it’s there, so you’re going to use a beautiful piece of wood on the back. For you to sleep well at night, the aesthetic, the quality, has to be carried all the way through.” – Steve Jobs