The secret of life is honesty and fair dealing

Last week, the boss at Barclays Bank – Antony Jenkins – was in the news about sending all of the bank’s compliance staff to “school” to learn new (and hopefully better) things on issues such as compliance, risk and crime prevention. I mentioned it in my Blog, here. This was in the wake of a series of scandals which have devastated the bank’s reputation. See City A.M article on 4 July here.

Whilst it sounds like a start, a glimmer of hope if you like, the new learning doesn’t seem to cover probity. But let me not judge too soon.

Today, the Chartered Institute of Internal Auditors (CIIA) said that businesses should launch a full-scale review of their corporate cultures if they want to stop future crises and scandals taking place.  If this means an audit of corporate and management honesty by external auditors, that will be a good thing. See my blog post on this tomorrow. 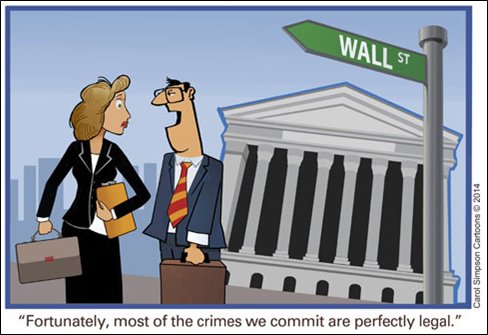 On 25 June, a hard-hitting article on honesty appeared in the New Strait Times (actually, the word “Strait” used actually means the Singapore Straits). The article, here, talked about continued foreign incursions in Sabah and corruption among front-liners. It says that the National Key Results Area (NKRA) anti-corruption division’s proposal to implement integrity tests for all enforcement agency personnel is a measure that could not come too soon. It adds that among the tests being proposed for implementation are lie-detectors and voice-stress test. A key point in the article is: an integrity test will only really be effective if officers are clear on what integrity means. If they are not, is it even likely that their bodies will indicate stress when undergoing such tests? Unfortunately, definitions and categories of corruption are not carved in stone; it is something that has to be introduced into the culture, including the very concept of something being unethical and deserving of public condemnation and stigmatisation.

That all makes sense doesn’t it?

Is seems to be going much further than the Barclay’s Bank proposal which, to me, sounds very wishy-washy.

I came across this: Dishonesty is a quality which sits at conflicting ends with truth. Many of us have probably experienced dishonest behaviour from others at some point in our lives, whether its people keeping secrets, lying, keeping up a facade, being hypocritical, trying to cheat us, and so on. On the map of consciousness, dishonesty tends to be dominant among lower consciousness people. Source: here. 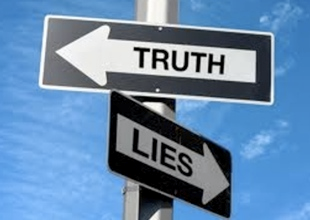 Inc. magazine ran an article (here) about recognising when someone is not trustworthy. The article provided four signs you must pay attention to:

The article says that just because someone has a prestigious chair at a top university or is frequently featured in the media does not mean you can trust them, unfortunately. Only a few people rise to eminence by their integrity. Evidence of this is clear in the phone-tapping, disgraced entertainers’, lost dossiers’, overcharging utility firms’, use of imaginary lawyers’ and “not me, it was her who was driving” world in which we live.

Downhill all the way since George Washington was President?

Maybe we have come too far down the road from the days when George Washington (“the man who never told a lie”) was President of the USA. How often do we say things that aren’t completely true (those pesky, but surely harmless little “white” lies) in order to make someone feel better (or less bad) about themselves or their circumstances?

I may be wrong, but believe our Prime Minister is fundamentally honest as is the Labour leader. But that’s a quality that doesn’t seem to apply to all those in whom we place our trust. The Daily Mail reported last year that MPs are to take compulsory ‘honesty training’ to learn the difference between right and wrong. But, it seems as if the lessons in ethics, to reverse the ‘jaundiced’ public view of politicians, will only be given to new MPs. Apparently, the Commons standards watchdog has proposed the lessons in the wake of the expenses and lobbying controversies. But not yet – the courses are not due to start after the next general election, in 2015. Lord Bew, the chairman of the committee on standards in public life, says that the seminars will raise ‘the awareness of practical ethical issues among MPs’. Read more here.

An Ethics Booklet on Honesty

Have you come across an organisation called The Medical Protection Society (MPS)? They are the world’s leading protection organisation for doctors, dentists and healthcare professionals. Chapter 6 of their Ethics Booklet deals with Honesty. It’s worth reading. Here are some paraphrased extracts (you can replace “patient” with “client” or “citizen” to gain a wider application of the principles enunciated):

Behaving with Integrity and Honesty 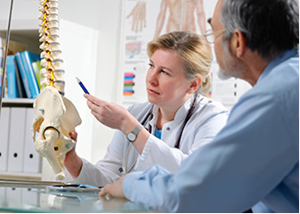 Even the law recognises a situation known as ‘therapeutic privilege’ – a concept which involves the clinician electing not to tell a patient something… however, therapeutic privilege should be regarded very much as the exception within a general expectation of honesty. Honesty is an essential part of behaving with decency and professional integrity. Members of the public must be able to believe and place their trust in what they are told by a healthcare professional, especially in the context of the consent process.

Secondly, the question arises of whether you knew (or should have known) that what you were saying was untrue (in the first example) or ‘economical with the truth’ in the second example. If you did know, and your actions were therefore deliberate, a third question arises about your motivation. These variables suggest a spectrum of honest and dishonest behaviour.

Patients should not be misled into accepting treatment that they do not need, nor be allowed to agree to a certain treatment because they have deliberately been left unaware of alternatives

Another element of dishonesty arises when statements are made which a doctor knows (or should know) to be untrue, inaccurate, or likely to be misleading. An instance of this is providing incomplete information, or biased information, especially if this involves a conscious, deliberate decision to withhold information or to present it in a way which will alter how the information is received, understood and interpreted.

In the first century BC, Publilius Syrus wrote: “Rule your feelings, lest they rule you.”  Later, Plato wrote: “All learning has an emotional base.”

So, what’s the answer or solution to the problem of dishonesty?  Honestly, nobody knows, of course, for sure. My personal favourite hinges on something called Emotional Intelligence or EI for short.

Psychology professors Peter Salovey and John D. Mayer have been the leading researchers on emotional intelligence since its emergence. A good paper on their work is available here. They define EI as: … the ability to monitor one’s own and others’ feelings and emotions, to discriminate among them and to use this information to guide one’s thinking and actions.

Studies have shown that people with high EI have better mental health, perform their jobs better and have stronger and more believable leadership skills. They are also better at coping with challenges and an innate ability to distinguish right from wrong by perceiving, controlling and evaluating emotions.

Author and Cognitive Daniel Goleman has popularised the term “emotional intelligence”.  But is EI something that can be learned, or do we have to be born with it to have and use it?  I’m not sure although I’d probably say it could be learned if accessed early enough.

My belief that it can be learned is influenced by an article in the New York Times last September, Can Emotional Intelligence Be Taught? which strongly suggests it can be taught. But it needs to start earlyenough. Take another look at the words from the New Strait Times article above.

Today, EI is widely read about (in fact, the Harvard Business Review of Daniel Goleman’s 1998 article on emotional intelligence is said to be their most requested reprint of all time – read it here.)

It’s a good pill then, but does it make people more honest? Honestly, again, nobody knows for sure but I’m willing to bet that it’s a better remedy than master-classes in compliance, crime prevention and risk analysis for bankers or courses on how not to fiddle expenses for new MPs. Or even ordering a new enquiry into missing dossiers from the 1980s.

William Shakespeare in All’s Well That Ends Well, put it rather well: “No legacy is so rich as honesty.”

Very unlike Groucho Marx who said: “The secret of life is honesty and fair dealing. If you can fake that, you’ve got it made.”