As many of my blog followers will know, I’ve been following the story from the US where the Securities and Exchange Commission (SEC) has taken action against a number of top audit firms about their unwillingness to provide certain papers about their Chinese audit clients. 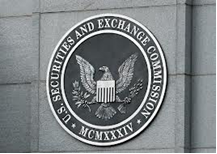 Earlier this week, I read (here) that the SEC filed a joint motion with Deloitte Touche Tohmatsu CPA Ltd. to dismiss without prejudice a subpoena enforcement action originally filed in 2011 after Deloitte’s Chinese affiliate failed to produce audit work papers for one of its clients in China, Longtop Financial Technologies, whose securities trade in the U.S.

The SEC began administrative proceedings in December 2012 against the Chinese affiliates of Deloitte and the other Big Four firms, along with BDO, for failing to produce audit work papers and other documents related to China-based companies under investigation by the SEC for potential accounting fraud against U.S. investors. The SEC and the Public Company Accounting Oversight Board have been meeting with Chinese officials in recent years to try to resolve the impasse over gaining access to audit work papers at Chinese auditing firms and conducting inspections of them.

On Monday, the SEC said the Chinese government has provided the agency with a substantial volume of documents in the Longtop case, including the audit work papers, and it is filing a joint motion with Deloitte Touche Tohmatsu to dismiss the subpoena enforcement action. The dismissal of the proceeding is subject to the approval of the district court where the subpoena was filed. Deloitte first handed over the documents to the China Securities Regulatory Commission in response to the SEC’s request for assistance in August 2012. Chinese officials eventually turned over the documents to the SEC.

In view of the substantial number of documents produced, the cooperation that the China Securities Regulatory Commission has recently provided to the SEC, and Deloitte’s statement that it will continue to cooperate with the Chinese securities regulator’s requests for Longtop-related documents, the SEC does not believe there is presently a need for judicial relief with respect to the subpoena and is requesting an order dismissing the proceeding without prejudice.