Sameness is out: you have to be different to succeed

I admit that I’ve been banging on about this for a few weeks now but it really is an important issue.

Widely suggested and often followed, popular wisdom says that there are two possible strategies for a business to pursue (originating from Michael Porter): (1) To be a cost cutter or (2) To be a differentiator. There is a third strategy: (3) To do nothing and eventually fail. To be frank, that’s what most professional firms do – the failure is best described as “failing to achieve their objectives”.

You’ve probably got ideas of your own about companies that differentiate themselves from their competitors by providing what is generally called legendary service. Take a look at these examples. As a kick-start, read this: blog.bufferapp.com/great-customer-service-legendary

Ron Kaufman, a regular contributor to Better Business Focus, is a hugely successful author and presenter on the importance of service excellence.  He asks: When Does Customer Service Excellence Become ‘Legendary?’  He says that many organisations use the phrase “Legendary Service” to describe and promote their service. But how many have really earned the right to claim customer service excellence? If you give good service, that’s not legendary. If you go out of your way for someone, that’s not legendary either. But if you provide service unsurpassed in your field – that can be legendary service. Customer service excellence sets a company apart from its competitors. Read his excellent article here. 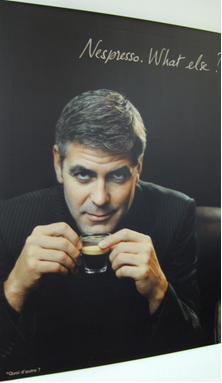 One of stories that caught my eyes last week was titled: “What can you learn from this? Countries with the Most Profitable Coffee”. It explores how the value of generating and accumulating knowledge and practicing innovation is much higher than owning and exploiting natural resources. Essentially, differentiating what you sell.

Swiss company, Nescafe, have taken an everyday product – coffee – and created a profitable phenomenon by differentiating what they sell and presenting coffee in convenient little Nespresso pods. The coffee pods aren’t the best in culinary terms, yet the convenience and speed at which they produce the coffee is what has made billions for the company. As far as I know, not a single coffee bean is grown in Switzerland, yet the company takes 50,000 tons of the stuff, packs it into attractive, easy to use pods and sells nearly $2billion of it around the world. That’s a lot of money and a lot of clever marketing (helped by advertising promotion from George Clooney). What’s the lesson: find out what customers truly want and give it to them in colours and packs that turn coffee-making into an exciting experience.

The same goes for The Willoughby Book Club. You could say that they sell books. But what they sell are books as a present: Pay a subscription fee and you or someone you choose will receive a book in the post each month. Now, you could probably go into your local bookstore and purchase the book yourself. But, what the Willoughby Book Club is selling is not just books, but a beautiful gift-wrapped book chosen according to the personality questions you answered upon subscribing, delivered straight to your door. The company offers a range of book subscription gifts for a variety of ages and interests – from picture books for babies and children, to books for fiction lovers, budding chefs and even couples – all available in 3, 6 or 12 month packages.

Just like Nespresso, Willoughby have taken an everyday product but differentiated how it’s offered.

It reminds me of stories I heard many years ago about two companies – Ronson Lighters and Parker Pens. Someone asked these companies what they sold – lighters and pens were the answers provided. But the truth is they didn’t sell lighters and pens at all. They sold gifts – a large number of buyers never made a purchase for themselves but as a gift for someone else. Once the companies realised just how true this was, they changed the packaging and promotion to provide appeal as a gift and never looked back.

Focus on the Retail Sector

In the retail sector:

I frequently suggest to people who speak about business pressures, that they should try something different and become a differentiator. The following story emphasises just that: 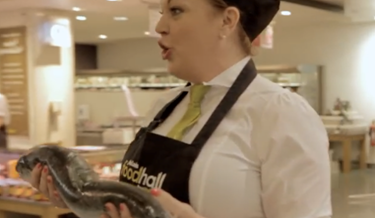 Is this a message for Tesco? Try a little “Shopera”
Courtesy of Barry Urquhart, Marketing Focus, in Australia: it’s a simple enough question: What does it take to put a smile on the faces of all customers and have them spontaneously break out in applause?

The answer is: A little retail theatre and entertainment.

Do you differentiate what you sell?

What can be learned from all this?

Can it be applied to your firm? Of course it can!

Most firms do not differentiate what they sell. Be different.

Try succeeding by being different, not by charging too much, cutting corners or working yourself into an early grave.