Why professionals get sued

“The key to good decision making is not knowledge. It is understanding. We are swimming in the former. We are desperately lacking in the latter.”  – Malcolm Gladwell, Blink: The Power of Thinking Without Thinking

Some people are sued, others aren’t – why?

Some interesting points have emerged from an investigation I carried out this week on why some people who make mistakes get sued whilst others who make even more mistakes get away with it scot-free.

Carolyn Thomas wrote, here, to say that surprisingly, the risk of being sued for medical malpractice [or a lawyer or accountant for that matter] has little to do with how many mistakes are made. Despite protests from doctors that malpractice lawsuits are born of greedy patients and their even greedier lawyers [she wrote that, not me], analyses of malpractice suits actually show that highly skilled doctors can get sued a lot, while other doctors who make lots of mistakes never do. 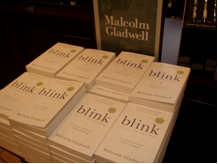 What is that something else? It’s how they were treated, on a personal level, by their doctor. What comes up again and again in malpractice cases is that patients say they were rushed or ignored or treated poorly. “People just don’t sue doctors they like,” is how Alice Burkin, a leading medical malpractice lawyer, puts it. “In all the years I’ve been in this business, I’ve never had a potential client walk in and say, ‘I really like this doctor, and I feel terrible about doing it, but I want to sue him.’ We’ve had people come in saying they want to sue some specialist, and we’ll say, ‘We don’t think that doctor was negligent. We think it’s your primary care doctor who was at fault.’ And the client will say, ‘I don’t care what she did. I love her, and I’m not suing her.’”

Burkin once had a client who had a breast tumour that wasn’t spotted until it had metastasized, and she wanted to sue her internist for the delayed diagnosis. In fact, it was her radiologist who was potentially at fault. But the client was adamant. She wanted to sue the internist. “In our first meeting, she told me she hated this doctor because she never took the time to talk to her and never asked about her other symptoms,” Burkin said. “‘She never looked at me as a whole person,’ the patient told us. When a patient has a bad medical result, the doctor has to take the time to explain what happened, and to answer the patient’s questions—to treat him like a human being. The doctors who don’t are the ones who get sued.” It isn’t necessary, then, to know much about how a surgeon operates in order to know his likelihood of being sued. What you need to understand is the relationship between that doctor and his patients. 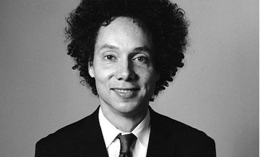 Recently the medical researcher Wendy Levinson recorded hundreds of conversations between a group of physicians and their patients. Roughly half of the doctors had never been sued. The other half had been sued at least twice, and Levinson found that just on the basis of those conversations, she could find clear differences between the two groups. The surgeons who had never been sued spent more than three minutes longer with each patient than those who had been sued did (18.3 minutes versus 15 minutes). They were more likely to make “orienting” comments, such as “First I’ll examine you, and then we will talk the problem over” or “I will leave time for your questions”—which help patients get a sense of what the visit is supposed to accomplish and when they ought to ask questions. They were more likely to engage in active listening, saying such things as “Go on, tell me more about that,” and they were far more likely to laugh and be funny during the visit. Interestingly, there was no difference in the amount or quality of information they gave their patients;  they didn’t provide more details about medication or the patient’s condition. The difference was entirely in how they talked to their patients.”

How to Stay Out of Litigation

I came across an interesting article, albeit more than 7 years old, in The Hospitalist. It suggested the top 10 ways to avoid a malpractice suit. Written by Patrick T. O’Rourke and Kari M. Hershey who certainly seem to know a lot on this matter (Patrick O’Rourke is the managing associate university counsel for the University of Colorado’s litigation office. Kari M. Hershey, JD, practices health law in Colorado).

Now I know you may be thinking that the authors are writing from a US perspective but, to me, everything they say makes sense. The first three ways are to have: Good documentation, good communication and good consultation.

Just take 10 minutes of your time to read what they say, here. It could save your career and your firm.

“In matters of truth and justice, there is no difference between large and small problems, for issues concerning the treatment of people are all the same.” – Albert Einstein