The heading to this article perhaps says it all.

There’s a lot of bad things going on in the World. Most have something to do with money and power. Is all the Peddling, Diddling, Stealing, Abusing Power, Corruption, Embezzlement, Bribery, Dirty Tricks, Misrepresentation, Lying and finally, HMRC admitting they made a mistake, a fair assessment on how far we are away from a world in which telling the truth, all of it (good and bad) and acting at all times honestly, fairly and with 100% probity?  To remind you (but I’m sure you don’t need reminding, do you, probity means: the quality of having strong moral principles; honesty and decency.)

Take a look at what politicians have been up to (but to be fair, it’s not clear what he is accused of nor whether the claims are true or politically motivated.  In the last few days, our News Reels reported that ex-President Sarkozy of France was put under investigation. BBC News reported this, here, over alleged influence peddling. Mr Sarkozy appeared before a judge in Paris late on 1 July after 15 hours of questioning by anti-corruption police. This is thought to be the first time a former French head of state has been held in police custody. Mr Sarkozy says the charges against him are politically motivated and are aimed at “humiliating” and “defaming” him.

What is Influence Peddling?

Influence Peddling is the illegal practice of using one’s influence in government or connections with persons in authority so as to obtain favours or preferential treatment for another, usually in return for an illegal payment.

One of the most prominent influence peddling cases took place in 2012 when the vice president of Argentina Amado Boudou was accused of being a mere straw owner of the printing house Ciccone Calcográfica, a private company that has contracts to print over 120 million new Argentine pesos banknotes, license plates, and other government issues. The contracts were awarded by Boudou himself when he was the Economy Minister of Argentina.

Politicians who fell out with the law

History is full of politicians who fell out with the law. Here’s a quick run-down on some of them.

The most famous example of someone who served a prison sentence first and then became Prime Minister of his country is, of course, Nelson Mandela. Charged with leaving South Africa illegally and inciting workers to strike, he was jailed in 1962. After further charges, he was imprisoned for life but was released in 1990 before his inauguration as South Africa’s first democratically elected President in 1994.

Is dishonesty on the rise?

It seems to me, that dishonesty is very much alive and well.

A quick look at some news stories captured by EziaNews (at www.bizezia.com/newsindex) confirms what a thoroughly dishonest and dishonourable place we humans have built for ourselves: 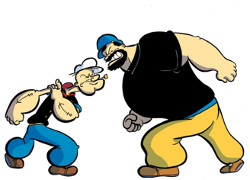 And then we come to HMRC who have confessed to making a £1.9bn error. This was reported widely in the last couple of days as HMRC was criticised by the National Audit Office (NAO) after falsely reporting it had exceeded performance targets by £1.9bn. An error in agreed performance targets led HMRC to set the compliance yield baseline £1.9bn too low; thus, targets were easier to achieve and resulted in exceeded performance reports of £1.9bn in 2011-12 and £2bn in 2012-13. Read more here

Of course, as we would expect, HMRC regret the error but what worries me is the reference in the Economia story to “falsely reporting”. That sounds more dishonest than simply making a mistake.  The facts will emerge I’m sure and another Enquiry by MPs will be launched.

With HMRC about to start helping themselves to the contents of bank accounts of some taxpayers who they say either owe them money or may owe them money, it’s all a bit too much to expect that mistakes won’t occur.

Is there a glimmer of hope on the Probity Horizon?

City A.M have reported that the head of Barclays has apparently said, in the wake of a series of scandals which have devastated the bank’s reputation, that the bank is spending tens of millions of pounds on a new tie-up with the Cambridge Judge Business School. It hopes all of its 2,000 compliance staff will take the courses, which range from a two-year class for graduate recruits to regional visits and leadership master classes for the bosses. The establishment of the Compliance Career Academy is the latest step in chief executive Antony Jenkins’ effort to clean up the bank’s behaviour and reputation.

It sounds like a good idea, of sorts, but getting rid of those deceitful, dishonest thoughts will take longer than a few days in a seminar.