Pay attention: Your TV is targeting your pocket 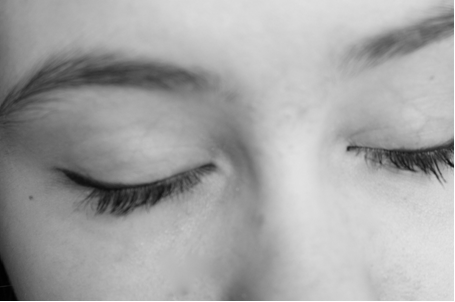 Close your eyes for a moment and imagine this: You have switched your TV on and navigate to Sky. You go to a Sports channel, Channel 404. You settle down in your chair to watch your favourite programme. Ten minutes later, the ads cut in.

Let’s stretch your imagination a little further: Your neighbour across the road is watching the same programme on Sky. He’s tuned in to Channel 404 too.

The scary thing is that the commercials you see are different to what your neighbour sees.

Welcome to the world of targeted advertising in which advertisers know what you like and promote accordingly.

Targeted Ads are about to take control of your TV (they probably already have!)

Earlier this year, The Washington Post ran a story (here) suggesting that targeted ads were about to take control of your TV and that “there’s almost no escape”. They said that satellite TV providers (who were already in on the act) were about to be caught up by the cable industry. Targeted advertising is about to mushroom. And most people are blissfully unaware of what’s been going on.

To build your profile as a viewer, a TV-service provider simply combines subscriber information about you with information it has sucked in from other sources: such as online credit card purchases, loyalty card purchases, box office sales and even car registrations.

Scarily, the article’s author says that:

“TV Networks are tapping into your personal data to show you ads based on your demographic or even your voting record”.

We now live in a world in which TV providers can show different ads to different people in the hope of better targeting customers. It’s all made possible by your smart set-top box.

This is how New Scientist describe it:

“Networks designate a particular 30 second slot as “addressable”, meaning ads can be swapped in and out, then download a collection of ads to your box in advance. When the slot comes up, the box chooses which ad to play based on your customer profile.

Networks don’t know who is watching TV at any one time, so they target households rather than individuals using publicly available data. Since January [2014], satellite network Sky has worked with credit agency Experian to target households in the UK according to their income, whether they own their home and other demographic and lifestyle factors.”

The Sky’s the limit

Huffington Post say that Sky has launched a new ‘targeted’ ads service which it says can direct commercials straight to your TV based on information about what you watch, what you don’t, and even what websites or products you enjoy. This new service – called AdSmart – was launched in January after a six-month trial. If you want to know how it works, go to: www.skymedia.co.uk/sky-adsmart/about-sky-adsmart.aspx

The only thing that your TV cannot seem to do (at present) is to determine who is actually staring at the screen. Is it you, your partner or spouse or one of your children? It’s more than possible with today’s technology… maybe Apple is about to announce something today with the launch of the iPhone 6?

Maybe very soon when your TV can recognise who is looking at it, we may decide to watch less TV. We’ve had enough of Big Brother haven’t we?