Pandemics, then and now 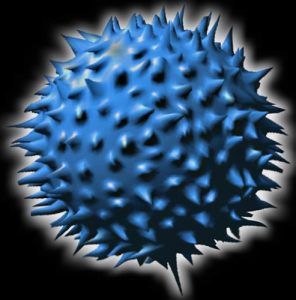 Excerpted from a posting on Scientific American, here, by Scott Hershberger on 13th August 2020

The legacy of the 20th century’s deadliest pandemic shows how large groups remember—and forget—their shared past. In 1924, Encyclopædia Britannica published a two-volume history of the 20th century to that point. More than 80 authors—professors and politicians, soldiers and scientists—contributed chapters to These Eventful Years: The Twentieth Century in the Making as Told by Many of Its Makers. But the 1,300 pages of the book never mention the catastrophic influenza pandemic that had killed between 50 million and 100 million people worldwide only five years earlier. And many history textbooks in subsequent decades just note the 1918–1919 flu pandemic as an aside when discussing World War I, if at all.

Many popular museums and blockbuster movies recount the sinking of the Titanic and the Apollo moon missions. But there is barely a mention of the 1918 flu (often mistakenly referred to as the “Spanish flu”), which, although not entirely forgotten but forming a disproportionately small part of our society’s narrative of its past.

That such a devastating pandemic could become so dormant in our collective memory puzzled Guy Beiner, a historian at Ben-Gurion University of the Negev in Israel, prompting him to spend decades researching its legacy. “We have an illusion. We believe that if an event is historically significant—if it affects many, many people, if it changes the fate of countries in the world, if many people die from it—then it will inevitably be remembered,” he says. “That’s not at all how it works. And the Spanish flu is exactly a warning for that.”

Historic UK (here) describes the ‘Spanish Flu’ pandemic of 1918 as one of the greatest medical disasters of the 20th century – a global pandemic, with an airborne virus which affected every continent. One of the first casualties was the King of Spain. Although not caused by World War I, it is thought that in the UK, the virus was spread by soldiers returning home from the trenches in northern France. Soldiers were becoming ill with what was known as ‘la grippe’, the symptoms of which were sore throats, headaches and a loss of appetite. Although highly infectious in the cramped, primitive conditions of the trenches, recovery was usually swift and doctors at first called it “three-day fever”.

The outbreak hit the UK in a series of waves, with its peak at the end of WW1. Returning from Northern France at the end of the war, the troops travelled home by train. As they arrived at the railway stations, so the flu spread from the railway stations to the centre of the cities, then to the suburbs and out into the countryside. Not restricted to class, anyone could catch it. Prime Minister David Lloyd George contracted it but survived.

Collective Memory
Pioneered in the early 20th century by sociologist Maurice Halbwachs, the study of collective memory has garnered widespread interest across the social sciences in recent years. Henry Roediger III, a psychologist at Washington University in St. Louis, defines collective memory as “how we remember ourselves as part of a group… that forms our identity.” Groups such as nations, political parties, religious communities and sports fandoms, he explains, weave events from their collective past into a narrative that reinforces individual members’ shared sense of who they are.

For the countries engaged in World War I, the global conflict provided a clear narrative arc, replete with heroes and villains, victories and defeats. From this standpoint, an invisible enemy such as the 1918 flu made little narrative sense. It had no clear origin, it killed otherwise healthy people in multiple waves and slinked away without being understood. Scientists at the time did not even know that a virus, not a bacterium, caused the flu.

“The doctors had shame,” Beiner says. “It was a huge failure of modern medicine.” The pandemic all but vanished from public discourse soon after it ended.

Unlike the 1918 flu, COVID-19 has had (thank goodness) no massive war with which to compete in memory. And science’s understanding of viruses has dramatically improved in the past century (although many COVID-19 mysteries remain).