North of the Border

The Battle lines are being drawn. The arguments are being refined. But we have to wait until September before the Scots vote on independence. 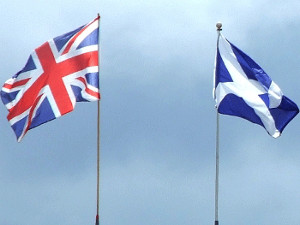 From New Model Adviser:  A rise in the state pension in Scotland could be delayed by 12 years if it gains its independence. Scotland could benefit from a lower cost of providing pensions as Scots have shorter life expectancy than the rest of the UK, the BBC has reported. The National Institute of Economic and Social Research (NIESR) estimates that the pressure for the UK government to raise the state pension age to 67 by 2027 is not as great in Scotland. Data suggests that if other factors remain constant, an independent Scotland would not need to raise the state pension age to 67 until 2039. However, that delay would cost the Scottish government about £750 million per year. Recent figures showed it costs between 6% and 8% less to provide the state pension in Scotland.

From The Independent: Royal Bank of Scotland would be left more exposed than Iceland’s banks at the height of their financial crisis if Scotland votes for self-rule, Vince Cable, has said. The paper reports that the Business Secretary said that the balance sheet of Edinburgh-based RBS would be 10-12 times bigger than the Scottish economy under some estimates. Mr Cable added that it would be logical for the bank’s headquarters to be in the established regulatory regime of what remained of the UK, rather than risk the “inherent instability” of running the business under a new framework north of the border.

He does not believe that a monetary union is possible or desirable either side of the border if the “yes” votes win the September poll, even though that is the Scottish National Party’s preferred option. However, Mr Cable said that there would still be problems if a new currency was adopted, including that it would act as a “barrier to trade” with the rest of the UK in its early days.

On City A.M:  David Cameron started a PR charm offensive today in a bid to persuade Scots to vote no in the independence referendum later this year. “We want you to stay. If we lost Scotland, if the UK changed, we would rip the rug from under our own reputation. The plain fact is we matter more in the world together,” he said.

He added: “The world over the letters ‘UK’ stand for unique, brilliant, creative, eccentric, ingenious,” Cameron will say, adding: “We come as a brand – a powerful brand.”

NO to ‘currency union’

From the BBC, today: Chancellor George Osborne is likely to rule out a formal currency union with an independent Scotland, government sources have told the BBC. It came after the prime minister said Mr Osborne would set out details of the coalition’s position this week. The Scottish government wants to keep the pound in a currency union if there is a referendum “Yes” vote.

The deputy first minister claimed no currency deal would leave Westminster with all the UK debt. And Nicola Sturgeon said the position did not bear scrutiny and was a campaign manoeuvre in a bid to “bully Scotland”.