Wherever I look, there’s a news story about the latest rises in house prices, the mortgage offers that are about and the caution that some people say should be exercised to avoid another crash.  Today’s review is no different.

One in three landlords looking to buy more property 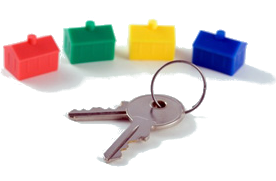 On Monday, in Mortgage Finance Gazette, here:  A third of landlords are looking to expand their rental portfolios in the next 12 months, according to the latest BM Solutions/ BDRC Continental Landlord Panel.  Go back 2 years and at the end of 2011, 52 per cent of landlords were reporting an increase in tenant demand, but that had gone down to 35 per cent in Q4 2013. The intent by landlords to add to the number of properties they let comes despite tenant demand being at the lowest level for three years. However, a much greater proportion are reporting ‘no change’ in demand, with stability further reinforced in the market’s profitability profile. Four out of five (80 per cent) landlords continue to make a profitable full time living from letting, with 76 per cent of amateur landlords able to supplement their ‘day job earnings’ with the portfolios providing a return beyond the breaking even.

London boroughs are home to families that never fly the nest

Last Friday, in CITY A.M., here: As the supply of housing fails to keep up with demand, an increasing number of London families are finding themselves sharing homes, often with an older generation of relatives. According to figures from the 2011 census released by the Office for National Statistics (ONS) last week, the number of such “concealed families” has risen by 70 per cent in the 10 years from 2001’s national survey. Concealed families are typically arrangements like single parents living with their children in their own mother or father’s parental home. However, the number of couples with children living in the home of the child’s grandparents are increasingly common. In 2001, there were 170,000 family groups in such circumstances across the UK, but there are now 289,000.

London is hit particularly hard by the effect: six of the seven local authorities in which over five per cent of families are concealed are in the capital, with the highest incidences in the poorer boroughs of east and west London. Newham tops the list, with 7.5 per cent of families in these shared homes. 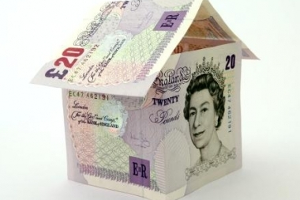 Last Friday, in CITY A.M., here: UK incomes are failing to keep up with rising prices in the housing market, pushing properties to their most expensive level against earnings since 2008. According to Halifax’s house price index, the price to earnings ratio climbed to 4.74 in January, rising from 4.44 in the same month last year. The ratio is currently at its widest level since the market collapse in 2008.

Halifax say that prices were 7.3 per cent higher in the three months to January than they were in the same period last year, rising 1.9 per cent from the previous quarter alone. The bank noted a “lack of supply coming on to the market” as one of the major factors keeping prices rising.

On Monday, in Mortgage Finance Gazette, here:  Eight out of 10 MPs across the political spectrum want the government to set out an exit strategy for the Help to Buy mortgage guarantee scheme.  This is according to a survey commissioned by Genworth, the mortgage insurance provider, and conducted by YouGov. The survey found that over half of MPs (51 per cent, rising to two-thirds of all Conservative MPs) support the involvement of private sector insurance to facilitate an orderly exit as an alternative to the government and taxpayer continuing to take on the risk. The Help to Buy scheme is due to end in 2017 but 52 per cent of MPs thought there was a risk that the scheme would become permanent.

Yesterday, in CITY A.M., here: The average salary in England would have grown by £29,000 in the past decade and a half if wages had kept up with house price inflation, according to shocking new figures. Research by housing charity Shelter shows that average earnings would have been over £55,000, rather than just below £26,000, if pay had risen at the same rate as house price growth between 1997 and 2012. In some parts of the country pay would have needed to more than triple to keep up with rampant house price inflation: in Westminster, typical earnings would have risen to £146,569, rather than £41,194. Earnings would need to have grown by more than £50,000 in the period in 17 local areas, 16 of which are in London.

As you would expect, the gap is narrowest where demand for housing is low – in Burnley, pay would have had to rise by only £10,000 to keep up with much more modest increases in house prices.

Watch out for fake landlords 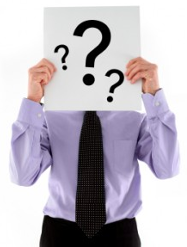 On Monday, in This is Money, here:  Fake landlords are rapidly becoming the new scourge of the property market, with con artists fleecing hopeful tenants out of huge sums in a range of scams.   In some cases, victims hand over deposit money or pay rent up front then find their ‘landlord’ didn’t own the property and has disappeared. In other ploys, tenants fall prey to identity theft after handing over passports and other personal and financial details as part of a ‘reference check’.

The article says that using an established lettings agency – ideally a member of a trade body such as the Association of Residential Lettings Agents, the National Approved Letting Scheme or the Property Ombudsman – is a good first step.  But it will still pay to take other steps to avoid falling into one of the new tenancy traps.

On Monday, on propertytalklive.co.uk, here:  The Labour Party has launched a petition on the ‘Tory Housing Crisis’ in London, forming part of a wider campaign on affordable housing in the capital ahead of the local elections in May. The petition states that the Conservatives a “housing crisis in London” and that Mayor Boris Johnson has failed to meet his own targets for building new affordable homes.

Launching the petition, Shadow London Minister Sadiq Khan MP said that Labour would work to tackle housing issues in the capital in both Westminster and local councils, by building more homes and tackling rogue landlords.