We’ve done a lot of fighting and every time we go to war, the national debt goes through the roof. 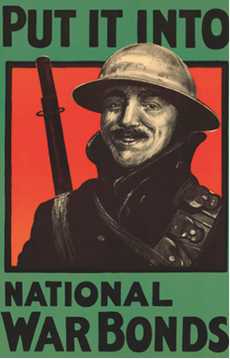 This article is about Britain’s national debt. It was prompted by an announcement that caught my eye last week that “Britain is finally preparing to pay off some of the huge debt it incurred as a result of the First World War.”

The money we’re repaying next February was borrowed by the Chancellor Winston Churchill in 1927, to refinance huge debts from World War 1, mainly National War Bonds. But the refinancing included debts from earlier conflicts around the world – over time, Britain has done a lot of fighting. And every time we go to war, our national debt goes through the roof.

In 1927, we issued something called 4 per cent Consolidated Loan (often referred to as “Consols”). The Independent newspaper reported last week that the UK Debt Management Office estimates that Britain “has paid a staggering £1.26bn in total interest on these bonds since 1927.”

The Independent added: “It is partly due the Government’s current ability to raise debt at much lower rates than paid by the 4% Consols that the Chancellor has acted to repay them.”

Bear in mind that a low debt-to-GDP ratio indicates an economy that makes and sells goods and services at a sufficient level to be able to pay back debts without incurring further debt or defaulting. But more of this below…

The Bank of England and UK Debt Management Office 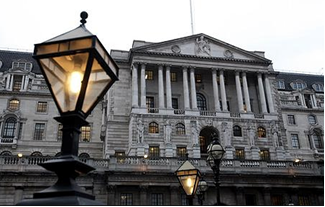 A bit of history… After the “Glorious Revolution” of 1688 when William of Orange and Queen Mary ascended to the throne of England, there was a growing desire for a national bank. The London-based Scottish entrepreneur, named William Paterson fresh from failure in the Darien adventure in Panama, proposed the idea that eventually found support for a “Bank of England”. The public were invited to invest in the new project and subscriptions totalling £1.2 million formed the initial capital stock of the Bank of England and were lent on to the Government in return for a Royal Charter.

Not heard of the DMO? It is an Executive Agency of HM Treasury and responsibilities include debt and cash management for the UK Government, lending to local authorities and managing certain public sector funds. The DMO’s remit is set by HM Treasury and published alongside the Budget and Autumn Statement.

Figures behind the figures

My training as an accountant taught me to look at figures behind the figures when reviewing balance sheets. So, I set out, with confidence, to look into what Britain owes, why we borrowed the money in the first place, and who our creditors are.

What do we owe?

The Institute of Economic Affairs (IEA) has warned that the Government would need to slash public spending by a quarter in order to get Britain’s debt mountain down to sustainable levels. The IEA has urged the Chancellor et al to replace the state pension with compulsory, private defined-contribution (DC) pension arrangements in order to cut public spending (Source, CITY A.M., here).

How did we get into debt?

So why did we borrow the money? This is much more complicated. We have to go back to the end of the 17th century as a sort of starting point (see above). Add in a few wars and conflicts and poor fiscal management by the governments since then and we get to where we are today. It’s a bit like pay-day loans or other arrangements when people get into a mess with their money: borrow a little, spend unwisely, borrow some more, spend more again and hey presto, you have a financial time-bomb.

At headline level, Britain’s debt mountain came about because, amongst other things: 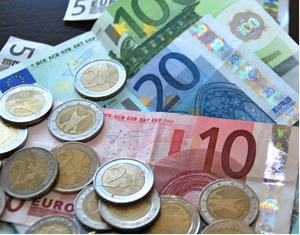 Contrast the above with Germany – Europe’s powerhouse. There was a  good article by Simon Wren-Lewis in Social Europe Journal last Thursday. He talked about how the Eurozone suffered a crisis from 2010 to 2012, as periphery countries were no longer able to sell their debt. Then he focused on something he called nominal wage growth (per employee) in the Eurozone before the Great Recession. Between 2000 and 2007, German wages increased by less than 10% but the Eurozone as a whole increased by double that figure.

What effect did this have on Germany’s finances: Low nominal wage growth in Germany led to lower production costs and prices, which allowed German goods to displace goods produced in other Eurozone countries both in the Eurozone and in third markets. In other words, low production costs equals major export opportunities.

High employment provides the tax coffers with lots of money. The key to a low debt to GDP ratio appears to be sustained economic growth and high employment.  We had that once upon a time… Although in the post-WW2 era, in the late 1940s, our debt to GDP was over 230%, it then fell gradually reaching a low of 25% in 1993. From the early 1950s to early 1990s, there has been a consistent decrease in the debt to GDP. Using the above measure of national debt, UK debt as a % of GDP reached a low of 25% in 1993. Since then, it has nudged upwards. 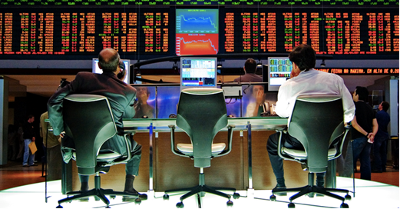 If you search for definitive statistics on debt percentage to GDP, you’ll probably come to a dead end as I have, since the various figures that come up appear to be inconsistent. Perhaps, suffice it to say that Germany has the best figures in Europe of the major economies and the UK lags behind. The lowest figures come from Estonia and Luxembourg. Greece, Italy, Iceland and Cyprus appear to be in a mess and Japan’s figures are awful.

Interestingly, debt to GDP is not reduced through cutting government expenditure. There’s a good paper on this titled: UK post-war economic boom and reduction in debt by Tejvan Pettinger, which you can read here. In fact, anything you want to know about economics can probably be found on the EconomicsHelp website here.

There are two more confusing issues on the matter of debt:

There’s a useful table on page 6 of the bulletin issued by the Office of National Statistics on 21st October showing how the national debt is calculated.

Who are our creditors?

Everywhere you look, you will see the term Government Debt. I prefer to refer to it as the National Debt. The Bank of England is a big buyer of government gilts and thus a large proportion of UK debt is financed by the Bank of England. Whatever name it’s given, it’s really a loan to Britain from various sources, such as:

The Bank of England engaged in quantitative easing (QE) which is an unconventional form of monetary policy – it created £375 billion as part of the asset purchase program which represents about a quarter of the total national debt.

If I expected it to be easy to find a definitive list of entities/countries to whom we owed money, I’d have to say that I have been disappointed. I’ll keep researching but I’m not holding my breath. I made a Freedom of Information (FOI) request to HM Treasury to provide me with the numbers. Unfortunately, when they replied, HM Treasury told me to go and look at various postings by the Office for National Statistics to get the information I wanted. Now, I’m well versed in finance but I can’t find the information that HM Treasury say has been published. I’ve asked other people to find the information, and they can’t find it either. Is the game of obfuscation being played with me as an innocent participant?

Whilst we do not know who we owe money to, at least we know how much we owe in total. To put the numbers into perspective, if you took all the homes in the UK and put them into a shopping basket and set off to the bank to get a mortgage against the value of all of them (we’ve been told in the last week that the value is £5 trillion) the amount of the mortgage we would need to raise will be of the order of 30% of the value of those properties. That’s 30% of every home in the UK.

We owe an enormous amount of money.

As Liam Halligan reported in the Telegraph last month, the Conservatives seem determined to join Labour in refusing to come clean with the electorate about the scale of Britain’s fiscal predicament.  Against the blurred deficit/debt distinction, the politicians seem to be suggesting that “the deficit will soon be gone” while, as Mr Halligan suggests, the spin-doctors say that these concepts are “too hard” for ordinary people like you and me to grasp.

If Joe Public is being either starved of true facts or fed on a diet of confusing definitions and incomplete and inaccurate data – designed to cause obfuscation – then the politicians and spin doctors need to think about the probable fate of several top people at Tesco and reflect on whether the same might also happen to them.

[Update: On 3rd December 2014 HM Treasury announced that the government will repay all the nation’s First World War debt. At the same time, the other remaining undated gilts (that is, government securities with no fixed repayment date), some of which have origins going back to the 18th Century. The remaining £1.9 billion of 3.5% War Loan will be redeemed on 9th March 2015, although it is doing so by refinancing the debt from the issue of new bonds: it sounds a bit like borrowing from Peter to pay Paul.]