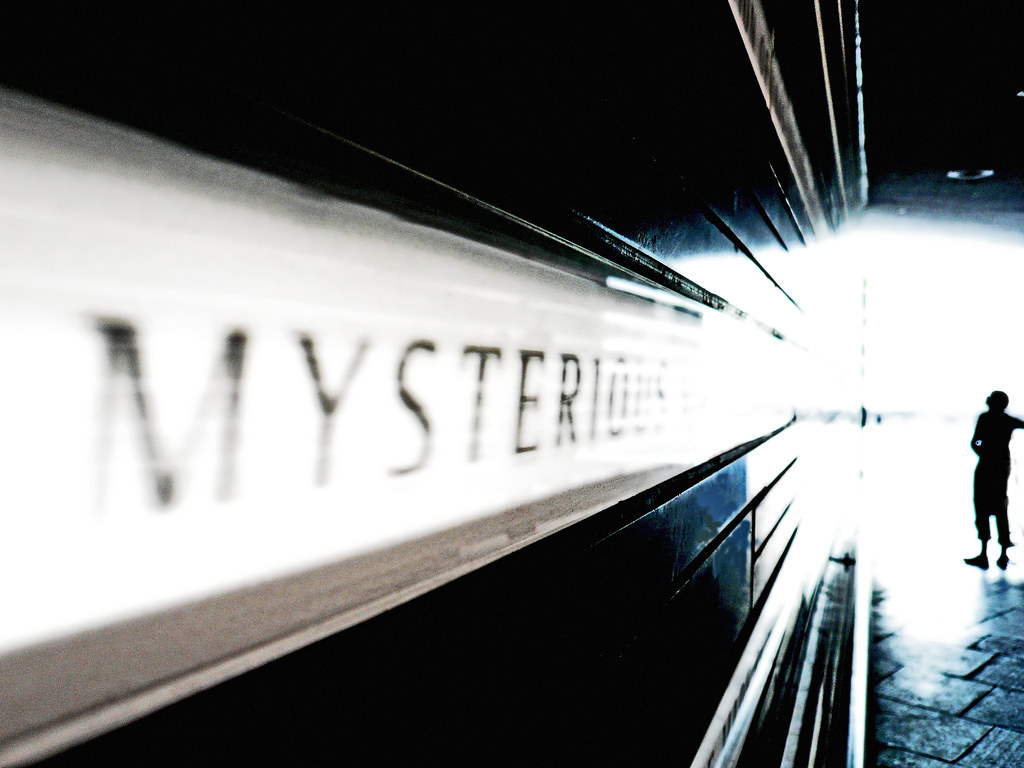 Are you interested in unsolved crimes involving strange deaths or missing persons? They exhibit some truly baffling unsolved mysteries, whether they be unexplained disappearances, murders, or even bizarre supernatural occurrences. So far as the authorities are concerned, they were complete mysteries at the time and have remained so ever since – a little Edgar Lusgartenish perhaps…

The Body in a Wych Elm Tree
Perhaps a German spy ring was behind the death of a woman found inside a hollowed-out Wych Elm tree in Worcestershire during World War II. The unidentified victim was discovered by a group of boys in Hagley in 1943. The poor woman had cloth stuffed in her mouth, and her severed hand was buried nearby.  Graffiti nearby asked Who put Luebella in the Wych Elm? so the victim subsequently became known as Bella. Police considered the possibility that Bella had been working as a prostitute or was a gipsy. They noted wych elms were thought to offer protection against witches.

One woman told police officers her Dutch lodger had boasted about putting “his Dutch piece in a tree”.  Then in 1953, a letter to the Express & Star newspaper claimed Bella was murdered by a German spy ring. The publication of MI5 files detailing the capture of a German spy with a picture of the actress Clara Bauerle in his pocket led to speculation that Clara was Bella. Then, to add to the mystery, poor Bella’s skeletal remains have disappeared from Birmingham University. West Mercia Police said the reason for the disposal “was not known”.

On the afternoon of 5th November 1979, 15-year-old Martin Allen finished school and spent some time hanging around King’s Cross station in London with his friends. Then he joined his train for the journey home. But Martin never arrived home and was reported missing.  A witness later recalled seeing a nervous-looking boy resembling Martin in the company of an unidentified man at Gloucester Road station that same day. The man was holding the boy’s shoulder and warning him not to run away.

Over the years, there have been strange developments in this case. In 1998, a shrine to Martin Allen was found inside the home of an alleged paedophile. This person matched the description of the man last seen with Martin, but authorities could not connect him to the disappearance.

Martin’s family believe there is a massive cover-up surrounding his case, particularly when they were informed that files and evidence related to Martin’s disappearance were destroyed in a flood, and that a police officer inexplicably took some other files with him when he retired and moved to Spain.

It has been speculated that Martin’s disappearance may be connected to a scandal involving an organised paedophile ring, in which children were allegedly delivered to high-profile figures at a brothel known as the Elm Guest House during the 1970s and 1980s. One anonymous witness came forward to claim he was a victim of the ring and had been molested by a Member of Parliament during his childhood. He also claims to have personally witnessed the murder of three other boys, one of whom may have been Martin. Yet, despite these allegations and enquiries, Martin Allen’s disappearance remains unsolved – no viable clues and no explanations.

One of the strangest British missing person cases involves a 14-year-old boy named Andrew Gosden. Andrew lived with his parents and sister in Doncaster. On the morning of 14th September 2007, he left home for school as usual. But he never arrived. Later that day, Andrew’s parents realised something was very wrong when they discovered his school uniform was still in his bedroom. Apparently, after his family left the house that morning, Andrew returned home to change his clothes. He then emptied his bank account of £200 before arriving at Doncaster station, where he purchased a train ticket to King’s Cross station in London. He would be captured on CCTV footage there at approximately 11:20 AM. That was the last confirmed sighting of him.  Since Andrew had no known problems, his family were completely baffled by his decision to travel to London. He left no note to explain his actions and took very few items with him. Perhaps the strangest detail of all is that Andrew insisted on purchasing a one-way train ticket, even after being informed that a return ticket would cost only £1 more.

A year after Andrew’s disappearance, an unidentified man spoke into the intercom at the doorway to Leominster Police Station in Hertfordshire, claiming to have information about the case. When an officer arrived to answer the door, the man had disappeared. There is still no trace of Andrew Gosden or any explanation for his mysterious train trip.

The Inventor Who Vanished
Source: http://shorturl.at/ms679

One of the most bizarre unsolved disappearances of all time involves renowned French inventor Louis Le Prince. On 16th September 1890, while on a train heading to Paris, he vanished without a trace from a moving train. Le Prince was a French artist and the inventor of an early motion picture camera, possibly being the first person to shoot a moving picture sequence using a single lens camera and a strip of (paper) film. His work may have been slightly in advance of the inventions of other contemporaneous moving-picture pioneers and years in advance of that of Auguste and Louis Lumière, and William Kennedy Dickson (who did moving image work for Thomas Edison).

Le Prince was never able to perform a planned public demonstration in the US because he mysteriously vanished from the train in September 1890. His body and luggage were never found, but, over a century later, a police archive was found to contain a photograph of a drowned man who could have been Le Prince.  The unconfirmed reasons for his disappearance are many, with theories including a murder set up by Edison, suicide, secret homosexuality, intentional disappearing in order to start a new life, and a murder by his brother over their mother’s will.

The Physicist Who Disappeared
In 1932, Ettore Majorana, one of the top physicists in the world, discovered the neutron. Six years later, he disappeared. He is not well known as he rarely published his findings, some of which were groundbreaking. Two months after his first lecture in 1938, Ettore Majorana didn’t show up to one of his classes. Antonio Carrelli, the Director of the Naples Physics Institute, was immediately worried, having previously received two cryptic letters from him.

In September 1939, WW2 began. Around that time, quite a few rumours arose that Majorana had been kidnapped by Nazis and was working in a laboratory in Berlin. However, as the German nuclear programme didn’t actually exist until 1939 (a year after Majorana’s disappearance), that theory doesn’t add up. So, where did he go?  Nearly 70 years after his disappearance, in March 2011, a witness made a statement that he had met Majorana in Argentina a few years after World War 2, and in February 2015, prosecutors in Rome finally officially closed the investigation, declaring that Majorana was alive in Venezuela between 1955-1959. They concluded that his disappearance was a personal choice. Do you believe that? 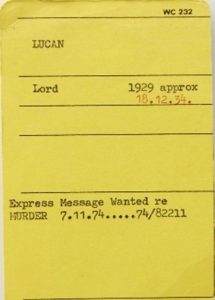 The Earl of Lucan, commonly known as Lord Lucan, disappeared after being suspected of murder. His marriage had collapsed late in 1972, and he moved out of the family home in Belgravia to a property nearby. A bitter custody battle ensued, which Lucan lost.  On the evening of 7th November 1974, Sandra Rivett, the nanny of Lucan’s children, was bludgeoned to death in the basement of the Lucan family home. Lady Lucan was also attacked; she later identified Lucan as her assailant. Lucan phoned his mother, asking her to collect the children, and then drove a borrowed Ford car to a friend’s house in Uckfield and later left the property and disappeared. The Ford was found abandoned in Newhaven, it’s interior stained with blood and its boot containing a piece of bandaged lead pipe similar to one found at the crime scene. The police issued a warrant for Lucan’s arrest a few days later, and the inquest into Rivett’s death named him as her murderer. Notwithstanding continuing interest in Lucan’s fate and reports of hundreds of alleged sightings, Lucan has not been found, despite a police investigation and widespread press coverage. He was declared legally dead in October 1999.