Modernisation (aka Federalisation) of the United Kingdom

Now that the Scottish referendum is over, it is time to think of the future. What will happen?

The Prime Minister, in his address to the country last Friday morning, promised that not only would Scotland receive what was promised, but that expanded devolution would extend to Wales, Northern Ireland and England as well. This is quite a shift from the devolution instituted by the Labour Party. In other words, the UK government is looking to divide its powers among its constituent countries.  But how can they implement that goal?

My business partner, David Seidel, is a Canadian and British lawyer. He suggests that Canada offers a perfect paradigm and precedent, which may help the UK coalition in these matters.

Canada has a bicameral parliamentary system – like the US and UK. There are two separate Chambers: the Senate and the House of Commons – together they are the Parliament, which governs Canada and is its Legislature:

How is it governed? 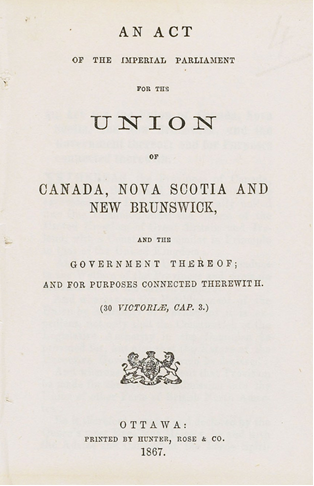 The country is made up of a federal government, then 10 provinces and 3 territories.  The Canadian (federal) government and each of the provinces have their powers delineated by statute – from the Constitution Act 1867 (nee the British North America Act 1867) and its amendments over the years.  The Monarchy and the executive, legislative and judicial branches of Government carry out federal responsibilities. The Monarch appoints a Governor General at federal level and Lt Governors at Provincial level to represent the Crown

The Provinces and Territories of Canada combine to make up the world’s second-largest country by area. Originally three provinces of British North America—New Brunswick, Nova Scotia and the Province of Canada (which would become Ontario and Quebec)—united to form the new nation:

Provinces and Territories – what’s the difference?

The major difference between a Canadian province and a territory is:

The Federal Government, seated in Ottawa, is headed by the Governor General of Canada on the advice of the Prime Minister. Its responsibilities include matters such as defence, criminal law, employment insurance, the postal service, census, copyrights, trade regulation, external relations, money and banking, transportation, citizenship, and Indian affairs.

In general, the responsibilities of the Provinces and Territories include such matters as: property and civil rights, administration of justice, natural resources and the environment, education, health and welfare.

Does it work for Canada and could it work in the UK?

The text above summarises how Canada’s government is organised. It is generally regarded as one of the most effective governmental system in the world today. [Is that why a Canadian was appointed as Governor of the Bank of England? The Bank is an institution created in the early 1700s by none other than the instigator of the ill-fated Darien enterprise about which I wrote on 10 September, here]

Time for a clean, new start – Federalism for the UK? 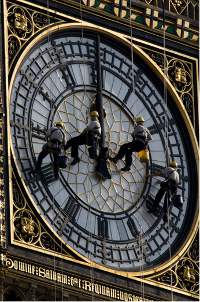 In their 2010 paper, Dr Andrew Blick and Professor George Jones defined Federalism as ‘a system of government in which central and regional authorities are linked in an interdependent political relationship, in which powers and functions are distributed to achieve a substantial degree of autonomy and integrity in the regional units.’

“The UK should adopt a federal system, with regional parliaments, in the event of a No vote in the independence referendum”, said the Lib Dems in 2012 (see here). “The UK is no longer and will never again be the all-powerful centralised unitary state of the constitutional textbooks”, wrote Gordon Brown in the New Statesman, here.

Federal Union (here) asks the question: How much difference would federalism make in Britain?

The Scottish referendum could be regarded as a lesson for other nations facing secessionist movements in how such issues should be dealt with. Spain has a Catalonia problem and Sri Lanka has the Tamils to contend with, as examples of this. But, federalisation has not worked quite as well in some countries – for example, in India whose constitution has been described as being ‘federal in form but unitary in spirit’, with a critic describing India as being only ‘quasi-federal’.

But is there another model?

Germany and the USA (as well as Canada) seem to be good examples of federalisation working well.

Daniel Matthews-Ferrero wrote, here, that the future prosperity of Britain depends upon it taking an active role in a strong and united Europe, ready to meet the challenges of the future. Does this mean we will have the unification of Europe – perhaps the United States of Europe or Federal Republic of Europe – a single sovereign federation of states, similar to the United States of America? Germany, with its own federal system that seems to work so well, thinks so: “The EU commission will eventually become a government, the council of member states an ‘upper chamber’ and the European Parliament more powerful”, German Chancellor Angela Merkel told MEPs in November 2012.

So where is all this leading us?  David Seidel suggests that Federalism may be where the UK is heading, establishing powers for Westminster and the various legislative assemblies.  For the UK, it would mean putting together a constitution (or at least a partial one). However, two things also need to be completed at the same time. First, they will need to establish an English Legislative Assembly so all regions have their own government.  The second is to establish a prohibition against individuals serving in more than one parliament at the same time (for example, Gerry Adams and Martin McGuiness are also MPs as well as MLAs).  It would prevent a conflict of interest in allowing regional interests to interfere with national interests.

There may be one problem to Federalisation. Maybe the Westminster parties in their desperation to keep Scotland in the Union offered too much, too soon and without proper and in-depth analysis last week.  Both the Scots and the Welsh are hoping to get what they imagined (or thought) was on offer – and nothing less, or different or later – will suffice.

Only time will tell what will happen.

Addendum
I found this today – it has interesting similarities to the UK situation and I provide it as an addendum to my article above:

From James Buchanan by Jean H. Baker.  “President James Buchanan – who was from Pennsylvania but was a decidedly pro-Southern and pro-slavery president – was Abraham Lincoln’s immediate predecessor, and it was at the end of his term that South Carolina took steps to secede from the Union. However, it was far from certain that South Carolina could or would follow through, and equally unclear that other states would follow suit. When Buchanan reacted in a remarkably passive way to South Carolina’s actions, it allowed two crucial months for the secession movement to gain momentum. This stood in dramatic contrast to the aggressive response made by President Andrew Jackson when South Carolina had similarly attempted to “nullify” federal authority in 1832”.