LLPs: has HMRC been too hasty?

In their haste to thwart LLPs, particularly Accountants and Lawyers, who have been treating some members as self-employed even though their profit share is low, I think HMRC may have missed a vital point. 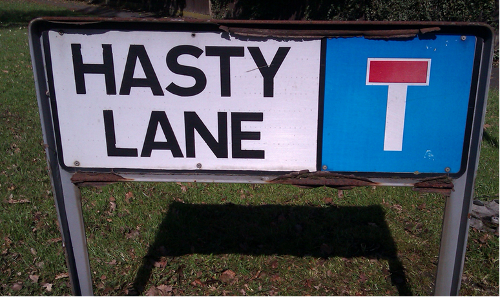 I’d be grateful for some feedback on my thoughts although they are quite difficult to put into words.

We know (unless HMRC do a U-turn even at this late hour) that on 6 April 2014, new rules come into effect affecting “salaried” members of limited liability partnerships (LLPs) – particularly accounting and law firms structured as such.

Take a moment or two to look at the paper HMRC published yesterday by way of a guidance note, which included differentiating between workers (employees) and self-employed people. It’s worth reading, particularly the text on pages 3 and 4. The link is here.

It is therefore useful to read what HMRC say in this guidance note about the meaning of a worker (aka “employee”) and persons who are genuinely self-employed. I blogged about it yesterday.

In anticipation of the new rules for LLPs, many Accountants and Lawyers have been busy putting proposals to “salaried” members, mostly aimed at getting them to contribute capital to the firm. That’s no bad thing as most firms have been under-capitalised for years and have relied too much on their bankers for working capital.

Anyway, this partner-funding strategy is apparently designed to make a salaried partner look much more like a self-employed person by them having a financial stake in the success of the firm. Whether or not it really is worthwhile to do it is another matter. 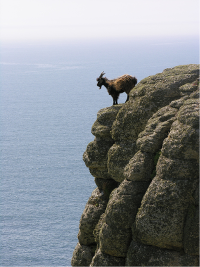 My point is this: Don’t salaried partners already look like a self-employed person by them having a financial involvement in the failure of the firm. For example, if a professional firm is fined by a regulatory body, or is sued by a client at such a level that the firm’s professional indemnity cover goes out of the window, and reliance on undertakings and indemnities from other partners may be nugatory, where does it leave a salaried member? Probably on the precipice of bankruptcy. Certainly they have a financial involvement in the failure of the firm as in certain circumstances, all the members could be liable and the limited liability protection of the LLP may be of no value particularly if the claim is based on gross professional negligence, or money-laundering offences or theft of clients’ monies and so on.

If financial involvement in the failure of the firm doesn’t demonstrate to HMRC that all the current members in an LLP are potentially liable for claims against the firm, then either I’m daft, Accountants and Lawyers are daft, or HMRC has a different agenda.

Maybe it was because I posted a LinkedIn discussion about this yesterday or because I phoned the Gov.uk press office about incomplete HMRC posting earlier in the week, but an influential House of Lords committee has added its voice to calls for the government to delay its partnership tax reforms until 2015, so as to allow LLPs time to adjust to the changes.

The House of Lords Economic Affairs Committee’s Finance Bill Sub-Committee (FBSC) has recommended in its report on the Draft Finance Bill 2014 that proposed changes to the taxation of Limited Liability Partnerships (LLP), due to come into force from 6 April 2014, should be delayed until 2015 to allow business to adapt to the changes and for a fuller consultation to be carried out to target the legislation properly.

The Government proposes introducing legislative tests to determine if an LLP member is an employee or truly a partner (See my Blog on this here). Failing these tests would make the member liable for income tax and National Insurance Contributions (NIC) as an employee and the LLP would pay employer NICs. But nearly all the evidence received by the Committee was that the legislative tests failed to achieve the policy objective.

Many suggested that existing case law could be used instead. The Committee say it is still not clear as to what is the right approach.  A delay in implementation until April 2015 would allow for further consultation to target the legislation better and for businesses to adapt to the changes.

You can read what has been published on the Parliament.uk website.