Lawyers – Round up of interesting news 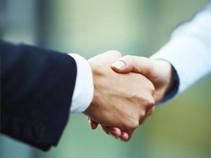 Yesterday, Mortgage Finance Gazette reported that the Society of Licensed Conveyancers (SLC) (which formally launched its ‘dating service’ in November 2013) has said that it is already achieving success in matching up firms. This service is designed to bring together law firms that may have an interest in acquiring, merging or selling their conveyancing practices. Since launching the ‘dating service’ the SLC has introduced a variety of solicitor and licensed conveyancer firms to each other with different permutations of interest.

Over 20% of law firms missed diversity data deadline, but they needn’t worry for now.

Yesterday, the Law Society Gazette reported that thousands of firms that did not submit diversity data by last week’s deadline are unlikely to face immediate disciplinary action. The Solicitors Regulation Authority has revealed that 8,396 firms – around 79% – successfully submitted their report to the regulator by Friday’s cut-off point. The survey, prompted by demands from oversight regulator the Legal Services Board, asks for information on the gender, race and sexuality of people working at law firms in England and Wales.

The option of disciplinary sanctions, including fines up to £2,000, is now available for the SRA, but the Gazette understands those type of punishments are unlikely for now.

Also yesterday, the Law Society Gazette reported that the legal liabilities of banks rose to £9.1bn in 2013, up from £6.4bn the previous year, due to the cost of settling claims to customers over the mis-selling of interest rates. “Legal liabilities” means money due to law firms. According to research from Thomson Reuters, banks now account for 37% of the entire legal provisions of companies in the FTSE 100. These totalled £24.6bn, up 29% from last year’s figure of £22.1bn.

Apparently, the oil and gas industry was the largest sector for legal liabilities (40%), with the mining industry representing 7.5%. In 2013, the big four UK banks set aside nearly £2.5bn – more than a quarter of all banking sector legal liabilities – to cover the cost of settling claims by customers over the mis-selling of interest rate hedging products, the research found. Last month Royal Bank of Scotland revealed it has set aside £1.9bn to cover the cost of litigation, while Barclays said it would take a £330m charge ‘relating to litigation and regulatory penalties’.

Today, the Legal Futures website tells us about the predictions of the chief executive of a blue-chip global wealth adviser who administers £200bn of assets. He has predicted alternative business structures (ABS) are a reform of law firm ownership that other countries will have to adopt.  Steven Georgala, the South African-qualified lawyer who heads Malta-headquartered Maitland Group – which employs some 700 people in 12 countries – made the prediction after the group’s UK legal arm received its ABS licence.

Interesting this. Read about it here.