Here are a few items I found, over the last couple of days, affecting lawyers.

This announcement by Rocket Matter promotes a new e-book. It says: “it takes a heroic effort to adapt to today’s lightning pace of change and a heroic lawyer to not just adapt but thrive in this new environment. Of course, law firms are notorious for their glacial response to change, but that’s changing, due in no small part to the efforts of tech-savvy, highly productive, healthy, socially engaged lawyers. Yes, heroic lawyers. In this E-Book, you’ll find out how to leverage new technology, increase productivity, market your practice on the internet, tips on practice management, and effective social media strategies and practices.”

The intro continues: “Join our heroes, Vic Veritas and Hadley Baxendale as they learn how to steamroll poorly run law firms, leverage the power of awesome technology, and save the day for their clients!”

The press article is here and from that page you can download the free e-Book. Registration is required but it’s not too painful and, in my view, it’s worth the effort.

This looks like fun but it could also be quite productive. 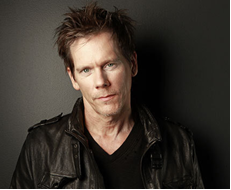 LinkedIn has introduced a new tool that’s a twist on the “Six Degrees of Kevin Bacon” game — but for professionals. This article was written by Todd Wasserman, Mashable’s business editor.  The social network launched “How You’re Connected” on 29 January, a visual enhancement that explores your path to a contact. “When looking for an introduction to someone you may not know yet, you will now not only see ‘who’ in your network knows them on their Profile, but also ‘how’ they know each other to help you decide the best contact to request an introduction from,” Udi Milo, a product manager at LinkedIn, wrote in a blog post.

It aims to help members introduce each other. This feature will begin rolling out to English members around the world beginning 29 January and the social media company says the types of insights it provides will be expanded “in the months to come.” The addition means when you visit someone’s profile, you will now not only see who in your network knows them, but also how they know each other. LinkedIn hopes that by helping users find “the best path or strongest commonalities shared” between them and the person they’re interested in, it will increase the chance of forming new important contacts. If you’re looking to strike a professional relationship, LinkedIn says this information should help you decide the best contact to request an introduction from.

Udi Milo wrote: Most of us are familiar with “Six Degrees of Kevin Bacon” – the idea that every person in Hollywood is separated by six acquaintances or less from the famous actor. Most people think of this in terms of celebrity, but imagine how powerful this idea could be in the professional context of your own life. If you want to know about the game, there’s a website dedicated to it, here and also here.

There are two source for information on this: here and here.

Yesterday, the Law Society Gazette reported that the government risks driving international litigants out of England and Wales if it insists on a six-fold increase in court fees, City lawyers have warned. The City of London Law Society gave a damning verdict on Ministry of Justice plans to generate around £200m a year in higher fees.

Proposed changes include increasing fees paid by parties in commercial disputes to up to £20,000 and introducing a daily hearing fee of £1,000. Fees for cases involving claims for money will increase on a sliding scale, with a maximum fee of £1,870. In future the government is to consider introducing a system where the fee is calculated as a percentage of the amount under dispute in a case.

Slower economic growth in established markets will restrict fee growth among City law firms in 2013/14, according to lobby group TheCityUK’s Legal Services 2014 report. Emerging markets will offer potentially richer pickings, it predicts. The report presents evidence that the UK is the world’s leading centre for international legal services, although New York has the bigger domestic market.

The article, in the Law Society Gazette, has some interesting statistics: