Is this the best medicine of all? 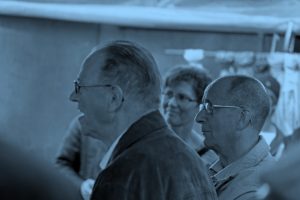 “Learning a new skill at any age helps to promote neural cell growth, improve concentration, and increase overall brain function… The studies provide evidence that intense learning experiences akin to those faced by younger populations are possible in older populations and may facilitate gains in cognitive abilities.”
Source: https://www.country-cousins.co.uk/post/how-can-elderly-people-stay-active-at-home

Learning several new things at once increases cognitive abilities in older adults. Giving older people lessons on photography, painting and how to use iPads could make their brains up to 30 years younger in just six weeks, a study claims, according to a posting by Dianne Apen-Sadler for MAILONLINE, here.

Dr Rachel Wu, an assistant professor of psychology from California University, said the elderly should soak up knowledge as a child does.  The claims from a detailed study are staggering:

“IT’S NEVER TOO LATE TO LEARN – IF YOU GO ABOUT IT IN THE RIGHT WAY”. This is what David Robson wrote on 28th August 2017 on BBC Future – click here to read the full article, but an extract is as follows:

“If you ever fear that you are already too old to learn a new skill, remember Priscilla Sitienei, a midwife from Ndalat in rural Kenya. Having grown up without free primary school education, she had never learnt to read or write.

“As she approached her twilight years, however, she wanted to note down her experiences and knowledge to pass down to the next generation. And so, she started to attend lessons at the local school – along with six of her great-great-grandchildren. She was 90 at the time.

“We are often told that “you can’t teach an old dog new tricks” – that the grizzled adult brain simply can’t absorb as much information as an impressionable young child’s. Many people would assume that you simply couldn’t pick up a complex skill like reading or writing, at the age of 90, after a lifetime of being illiterate.

“The latest studies from psychology and neuroscience show that these extraordinary achievements need not be the exception. Although you may face some extra difficulties at 30, 50 – or 90 – your brain still has an astonishing ability to learn and master many new skills, whatever your age. And the effort to master a new discipline may be more than repaid in maintaining and enhancing your overall cognitive health.”