Information about the Autumn Budget 2021

The Chancellor of the Exchequer 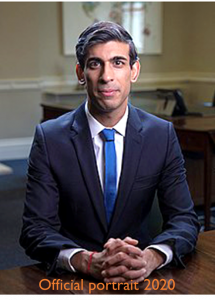 Rishi Sunak (below) has served as Chancellor of the Exchequer since 13 February 2020. A member of the Conservative Party, he was previously Chief Secretary to the Treasury from July 2019. He has been the Member of Parliament (MP) for Richmond in North Yorkshire since 2015.

Responsibilities
The Chancellor of the Exchequer is the Government’s chief financial minister – something akin to a Financial Director. He is responsible for raising revenue through taxation or borrowing and controlling public spending. He has overall responsibility for the work of the Treasury, and cover:

What is the Budget?
Each year, the Chancellor of the Exchequer – who is in charge of the Government’s finances – makes a Budget statement to MPs in the House of Commons.   It outlines the Government’s plans for raising or lowering taxes. It also includes big decisions on what the Government will spend money on – including health, schools, police and other public services.  The 2021 Autumn Budget is unusual for two reasons:

The Government published the Budget and Spending Review in full: you can read it HERE.  The Chancellor took 70 minutes to deliver his package of fiscal measures. After the Chancellor’s speech, the independent Office for Budget Responsibility (OBR) – which monitors government spending – published a report on how the economy is doing. You can read the Executive Summary HERE.

Prior Announcements: giving the game away or testing the waters?
HM Treasury had already released a deluge of funding announcements, days before the Chancellor delivered his Budget on 27 October 2021. Statements from the Government setting out spending for transport, health and education were issued to the media in the few days before Autumn Budget day.

Autumn Budget 2021: Key points at-a-glance
Some parts of the Budget, such as defence spending, affect the whole of the UK. Others, such as education, only affect England. Scotland, Wales and Northern Ireland make their own decisions. Scotland has income tax-raising powers, which means its rates differ from the rest of the UK. The Scottish Government will publish its Budget on 9 December 2021.

The Chancellor painted a positive picture of the health of the UK economy as it emerges from the pandemic – in an upbeat Budget speech, he said the UK economy had not been hit as hard by the Covid pandemic as expected. He promised more money for schools, business rate cuts and took 3p off the price of a pint of beer.

State of the economy and public finances

Cost of Living
The cost of living could rise at its fastest rate for 30 years, the Government’s forecaster has warned.  Its latest forecast says inflation, which measures the change in the cost of living over time, is set to jump from 3.1% to an average of 4% in 2022. However, the Office for Budget Responsibility (OBR) says figures released since its report was compiled suggest inflation could hit almost 5%.

The Chancellor acknowledged that household budgets are strained.

Shops, restaurants and gyms get Budget boost
Bricks and mortar firms have long complained that they are at an unfair disadvantage compared with online retailers, which do not have to pay business rates. They want to see an online sales tax being applied.

In his Budget speech, the Chancellor said that in the 2022-23 tax year, pubs, music venues, cinemas, restaurants, hotels, theatres and gyms would be able to claim a discount on their bills of 50%, up to a maximum of £110,000. He said that was a tax cut worth almost £1.7bn. In conjunction with the existing Small Business Rates Relief, the move meant more than 90% of all retail, hospitality and leisure businesses would see a discount of at least 50%.

Business rates in the retail and leisure sectors have already been reduced during the current financial year following the rates holiday during the pandemic.

Acknowledgement
The above points were extracted from the summaries posted by the BBC (HERE), and their © copyright is duly acknowledged.

The Devil is in the Detail
The government is committed, where possible, to publishing most tax legislation in draft for technical consultation before the relevant Finance Bill is laid before Parliament. The consultation on draft clauses is intended to make sure that the legislation works as intended. 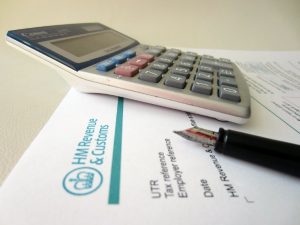