Today, I’d like to talk a little about ISAs. You may already know about them – but I don’t mean Individual Savings Accounts. 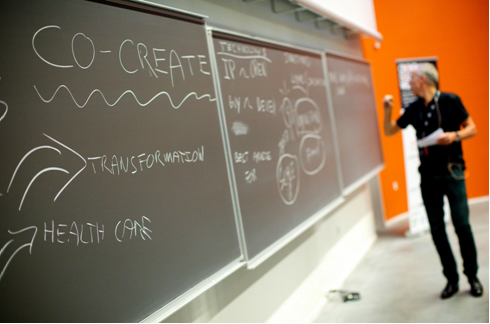 The ISA I’m writing about in this short article is an Income Share Agreement. It’s a financial vehicle or product or arrangement in which an individual or organisation gives a fixed amount of money to a recipient who, in exchange, agrees to pay back a percentage of his/her or their organisation’s income for a fixed number of years. These ISAs are a controversial new financing phenomenon that has recently emerged.

Beth Akers wrote about this in Brookings in relation to education costs. She said that in response to growing concerns over the issue of higher education finance, policy makers, advocates, and entrepreneurs have developed and proposed an array of solutions to address the shortcomings of our current system.  Income Share Agreements are one such proposal that deserves more attention.  ISAs allow students to raise funds to pay for their degrees by selling “shares” in their future earnings.

She added: “This solution is sometimes dismissed as a gimmick, akin to indentured servitude, despite the fact that it has the potential to offer improvements over traditional loans in terms of shielding students from risk and providing information about quality, two widely held objectives among advocates and policy makers.”

Della Bradshaw in the FT wrote, here, that some see it as a 21st-century version of indentured servitude, a system dating from the 1600s in which employers in the US paid the cost of the sea crossing for would-be immigrants in return for a fixed number of years of labour. These contracts, which, according to an article at TaxProf are offered by entities such as Fantex, Upstart, Pave, and Lumni, raise important questions for the legal system.

Back in April of this year, Senator Marco Rubio (R-Florida) and Congressman Tom Petri (R-Wisconsin) introduced companion bills in the US Senate and House that would provide legal clarity around private-market Income Share Agreements. The bills require certain consumer disclosures to be clearly communicated to the individual receiving the ISA. Read about it here.

ISAs are not a new invention, with contracts of this nature first proposed in the 1950s by Milton Friedman – the great American economist, statistician and writer – as a solution to the problem of students being unable to borrow against their future earnings to pay for college.

Whichever way you look at these arrangements, they seem to be part of the crowdsource or crowdfunding family. This funding is the new way to finance start–ups in a networked world. They are popular with entrepreneurs, small business owners, investors, artisans, or those who merely have a good idea for a business venture have a new and attainable means of securing capital to grow their dreams. In short, they are a long way from conventional financing. 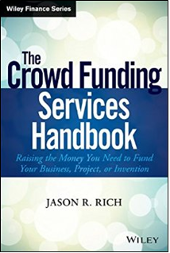 I came across a useful book on this subject: The Crowd Funding Services Handbook: Raising the Money You Need to Fund Your Business, Project, or Invention (Wiley Finance) by Jason R. Rich which has only just been published. Publicity for the book suggests that it offers a step–by–step overview of the various crowdsource funding services available on the Web, as well as the necessary documentation required to launch a successful crowdfunding campaign. It contains details on how to evaluate and select the best online platform for crowdfunding efforts and provides details on creating a business plan to the specifications require to raise capital via crowdfunding. Available from Amazon: ISBN-10: 1118853008, ISBN-13: 978-1118853009.

Do you have any thoughts on this form of financing whether it be for educational purposes or a more general commercial application?

If so, I’d love to hear from you: mpollins@onesmartplace.com