In Brief: Round-up of News for accountants, auditors and finance directors

by Martin Pollins | Jan 28, 2014 | Accountants, Auditors and Other Professionals

The 5 key qualities of a successful FD 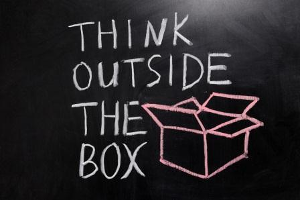 Accountancy Age Insight have promoted a whitepaper from Exchequer: The 5 key qualities of a successful FD.  What they say about FDs applies equally, in my view, to accountants in public practice: To remain successful and dynamic, FDs need to be resilient to change and have the ability ‘to think outside of the box’ to ensure their organisation is best placed to drive their business forward. ‘Number crunching’ has become just a single thread of the growing number of qualities that FDs need to possess.

The Exchequer guide considers what key qualities the modern FD needs to not only perform well but to meet the demands of the changing market. You can access the paper from here. Registration is required.

Another whitepaper from Accountancy Age Insight comes from Sage: Moving to Cyberspace.

Tired of mountains of paperwork stacked upon every conceivable space in your office? Many of the more traditional accountants still work in this way, but transferring your business online can help you maintain a clutter-free workspace and improve efficiency. Moving operations online can be a daunting prospect, but the rewards can be great. If planned properly, you can be working from a new hosted or cloud system within days. You can almost think of it as an online filing cabinet for your business that only you and others you trust are able to access.

Sage’s whitepaper studies why accountants should consider moving to Cyberspace and the main reasons for switching. You can access the paper from here. Registration is required.

The ten million barrier for self-assessment tax returns is set to be beaten this year as HM Revenue & Customs confirmed it had already received 7.8 million submissions to date, with a further 2.6 expected by the 31 January deadline. Last year, a record 9.61 million filed their returns on time by what is one of the busiest days of the year for accountants and tax practitioners. Read the full article here.

I picked this up this morning. Remember the blog I did last week on US auditors of Chinese companies? Now, according to the South China Morning Post, China has warned the United States of “consequences” after the Securities and Exchange Commission (SEC) barred the four largest accounting firms from conducting audits of US-listed Chinese companies. The decision to ban the Chinese affiliates of the accounting firms for six months “ignored” China’s efforts and progress made on cross-border regulatory co-operation, the China Securities Regulatory Commission (CSRC) said.

“We hope the SEC will take into consideration the big picture of China-US regulatory co-operation, make the right judgment to resolve the situation properly,” the CSRC, the nation’s securities body, said on its microblog yesterday. “The SEC should bear all responsibility to possible consequences arising from the decision.”

Should we be worried that the Chinese have used the word “consequences”.  What do they mean I wonder?

There were so many stories yesterday about KPMG that you could almost say that the last Monday in January is to be called KPMG day. Their PR machine must have been very busy. Here are some of the stories I found: