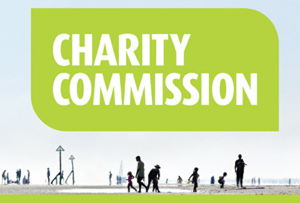 The Charity Commission and the Office of the Scottish Charity Regulatory (OSCR), which together make up the joint SORP making body, have published guidance to help trustees of large company charities comply with new reporting requirements. Information sheet 5 – The Strategic Report, is available on the Commission’s website and explains how trustees need to respond to a new provision of the Companies Act 2006 introduced by The Companies Act 2006 (Strategic Report and Directors’ Report) Regulations 2013.

These regulations introduced a requirement on all large and medium sized companies to prepare a Strategic Report, to replace the previous requirement for a Business Review.  The Strategic Report should provide context for the financial accounts, provide an analysis of the charity’s performance, financial position and provide insight into the charity’s objectives and the risks and uncertainties it faces.

The requirement will only apply to larger charities set up as companies – “large and medium sized companies” are generally those with an annual turnover of over £6.5m. Company charities below that threshold, CIOs and non-company charities – the overwhelming majority of charities registered in England, Wales and Scotland, are not affected by the change.

The Commission and OCSR say that the change does not require a revision of the current SORP, as it does not affect the fundamental principles of charity reporting set out in the SORP. The SORP is currently subject to a review to reflect changes UK-Ireland Generally Accepted Accounting Practice (GAAP). The updated SORP, which is expected to be published later this year, will reflect the change announced today.

The requirement covered by the new information sheet applies to financial periods ending on or after 30 September 2013.