Housing Bubble – it isn’t going to burst yet 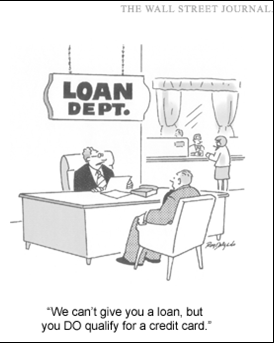 No Housing Bubble then. Well, that’s what we are asked to believe from the experts at the Bank of England. We’re told that even a rise in the price of houses in London of as much as 20% a year is not a serious problem. The announcement last week of some constraint, albeit modest, in the amount that can be lent to borrowers, really won’t have any impact on either prices or the lengthening queue of people who can never expect to buy a London home.

Who do you believe?

BBC’s Economics editor, Robert Peston commented (see here) on the plan to limit the proportion of new mortgages that are 4.5 times income or greater to no more than 15% of any bank’s total mortgages. Sounds good, but bankers are a wily bunch of people so surely they’ll find a way around any proposal to limit their bonuses.

It’s quite amusing, or so it seemed to the Governor of the Bank of England as he reacted with apparent amusement to a suggestion by Robert Peston that the Chancellor was “irrational and hysterical” in putting a cap on the multiples of borrowers’ income allowed under the government’s help to buy scheme.

The reality is that maybe there aren’t any properties available for Brits anyway as we’re told that London is a hot spot for wealthy Chinese and Indian buyers. Apparently, there are 63 million Chinese who have enough capital and income to buy a property in London and to educate their children in our best schools. That’ll be good for our economy but as these foreign buyers won’t want or need a mortgage, the Chancellor’s plan to cool the property market just won’t work.  They’ll be introducing Exchange Control next!

Is the strategy of the banking policy makers: Test the gullibility of the subjects and then make a decision based on their response? In other words, tell us how bad it could get and then when things worsen we won’t be too upset.

So, what messages are we getting from Threadneedle Street?  The bank rate was going to go up when unemployment reached 7%, said the Governor. Oh, sorry, no it isn’t, the UK economy is doing too well, too soon, we’re told. But the normal borrowing costs could go to pre-recession levels in the next 5 to 10 years says outgoing Bank of England deputy Sir Charlie Bean, as he bandied a figure of 5% last week. He leaves the Bank after Monday.

No, not 5%, says the Bank’s Governor who insists that the important aspect for homeowners and businesses is that rates are likely to stabilise at about 2.5% in three years’ time, rather than the historically “normal” level of 5%.

There’s even talk in the “sage” rhetoric that we can ease off the medicine we’ve been taking as the financial illness we faced no longer needs invasive surgery.

According to David Miles, one of the nine members of the Bank’s Monetary Policy Committee, writing in the Telegraph: “Having Bank Rate at 0.5pc is obviously not a normal or sustainable setting for monetary policy. We have had such low rates because the economy took a huge hit in the aftermath of the financial crisis of 2008. Until fairly recently we have not had any sort of sustained recovery from that. Now we have one. This is more a case of scaling back the emergency medicine as the patient begins their recovery, rather than invasive surgery to deal with a sudden, life-threatening illness.”

Fund managers, who of course have a view on these things, are now forecasting an interest rate hike before the election: Michael Bird, in City A.M. today reports that a survey of hundreds of UK fund managers suggests the Bank of England will hike interest rates ahead of the next general election in May 2015. According to a survey released today by Capital Spreads, nearly two thirds now believe the increase will come later this year, or the early part of next year.

If you think the issue of interest rates is clear, then perhaps the following may confuse you. The Bank for International Settlements (BIS) is warning that ultra-low interest rates have lulled governments and markets “into a false sense of security”.  BIS, the Basel-based organisation, often called the “central banks’ central bank”, has urged policy makers to begin to normalise rates. “The risk of normalising too late and too gradually should not be underestimated,” it says.

The Yes and No game to confuse us all

Yes, says Samuel Tombs writing in City A.M. today, when he refers to Mark Carney’s forecasting record as patchy at best, but suspects “he is right to assert that the “new normal” for interest rates will be much lower than in the past. The household debt-to-income ratio is still very high, meaning that interest rate rises will have bigger effects on spending than in the past. In addition, spreads on new loans over Bank Rate – for good reason – are likely to remain wider than they were before the recession.”

But Patrick Minford says No: He says: “Mark Carney has said interest rates will settle at around 2.5 per cent a few years hence. But there are two main uncertainties. The first is whether inflation will remain under control in spite of all the money printing the Bank has undertaken. The second is how tight the margin of spare capacity will be. Growth is now powering ahead. And because some industries, like North Sea oil and banking, are unlikely to recover to their past levels, we know that the economy already has only a limited margin of spare capacity.”

So, it’s simple really. Nothing to worry about at all. It’s time to come off the medicine and face up to the simple fact that most of London could be owned by foreigners and that interest rates, even if we could get a mortgage, will be much more expensive in future than they have been recently.  For those who can’t afford to pay the higher mortgage cost, that will actually help since more properties will become available in the South East as people scramble on the slow train to independent Scotland to buy a crofter’s cottage for a wee fraction of the cost of their existing property. And mortgage rates in Scotland will be much lower than in England and Wales, won’t they? 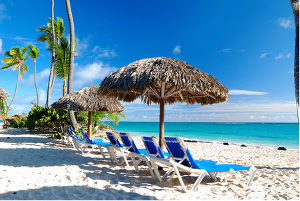 But enough of crofter’s cottages in Scotland and silly rate-setters and possibly irrational and hysterical politicians too. Why not bring some sunshine into your life. If you’re lucky enough to own a valuable three-bedroom flat in London, worth say £5.75m, you might be better off selling it and buying a 12-acre, 29-cottage Island in the Caribbean.  It’s a real possibility. If you’re interested, Billy Ehrenberg explained how in an article at City A.M. last Friday.