Headed for World-Class Growth? How to know – and why it matters

by Martin Pollins | Jan 13, 2014 | Accountants, Auditors and Other Professionals, Lawyers 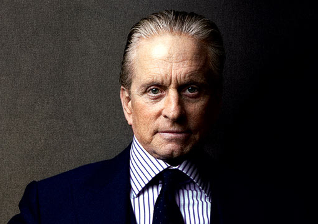 Most accounting firms want to grow. Expansion is healthy. Gordon Gekko, the fictional character in the 1987 film Wall Street and its 2010 sequel Wall Street, might say “growth is good”.

If your goal is to grow and beat the competition, there’s really only one way to know for sure how you’re doing… and that’s by marking your progress toward the finishing line relative to parameters you care to set. To gauge your progress, you have to get outside your own four walls and see how you measure up to the competition.

An article on this, written by Gale Crosley CPA, appeared this month in accounting TODAY. You can read it here.

Gale says that chasing world-class growth requires that firms break out of their self-imposed bubbles and search the world for innovative offerings that clients want. They need to be developing, replicating and scaling products and services that drive large amounts of revenue – commercialising innovation and communicating those offerings to the world.

When Einstein discovered the Theory of Relativity, he surely did not start out by saying, “I think I’ll figure out why an apple falls off the tree and onto the ground.” In order for Einstein to have moved physics – and civilization – forward as he did, he had to be fully aware of the scientific advances of all those who came before him in order to build on that knowledge.

Similarly, an accounting firm cannot achieve world-class status in growth unless it is fully aware of its competitors and what they are doing.

Gale Crosley CPA, is the founder and principal of Crosley+Co., providing revenue growth consulting and coaching to CPA firms. Reach her at gcrosley@crosleycompany.com.