Has the mysterious Voynich Manuscript been decoded?

Source: Based on article by Annalee Newitz on Arstechica.Com (here).

History researcher Nicholas Gibbs says that the Manuscript is mostly a plagiarized guide to women’s health. But academics are dubious and disagree with him. See what you think…

Since its discovery in 1912, the 15th century Voynich Manuscript has been a mystery and a cult phenomenon. Full of handwriting in an unknown language or code, the book is heavily illustrated with weird pictures of alien plants, naked women, strange objects, and zodiac symbols. Now, history researcher and television writer Nicholas Gibbs appears to have cracked the code, discovering that the book is actually a guide to women’s health that’s mostly plagiarised from other guides of the era.

Gibbs writes in the Times Literary Supplement that he was commissioned by a television network to analyze the Voynich Manuscript three years ago. Because the manuscript has been entirely digitized by Yale’s Beinecke Library, he could see tiny details in each page and pore over them at his leisure. His experience with medieval Latin and familiarity with ancient medical guides allowed him to uncover the first clues.

After looking at the so-called code for a while, Gibbs realized he was seeing a common form of medieval Latin abbreviations, often used in medical treatises about herbs. “From the herbarium incorporated into the Voynich manuscript, a standard pattern of abbreviations and ligatures emerged from each plant entry,” he wrote. “The abbreviations correspond to the standard pattern of words used in the Herbarium Apuleius Platonicus – aq = aqua (water), dq = decoque / decoctio (decoction), con = confundo (mix), ris = radacis / radix (root), s aiij = seminis ana iij (3 grains each), etc.” So, this wasn’t a code at all; it was just shorthand. The text would have been very familiar to anyone at the time who was interested in medicine.

Further study of the herbs and images in the book reminded Gibbs of other Latin medical texts. When he consulted the Trotula or De Balneis Puteolanis, two commonly copied medieval Latin medical books, he realized that a lot of the Voynich Manuscript’s text and images had been plagiarized directly from them (they, in turn, were copied in part from ancient Latin texts by Galen, Pliny, and Hippocrates). During the Middle Ages, it was very common for scribes to reproduce older texts to preserve the knowledge in them. There were no formal rules about copyright and authorship, and indeed books were extremely rare, so nobody complained.

Once he realised that the Voynich Manuscript was a medical textbook, Gibbs explained, it helped him understand the odd images in it. Pictures of plants referred to herbal medicines, and all the images of bathing women marked it out as a gynecological manual. Baths were often prescribed as medicine, and the Romans were particularly fond of the idea that a nice dip could cure all ills. Zodiac maps were included because ancient and medieval doctors believed that certain cures worked better under specific astrological signs. Gibbs even identified one image—copied, of course, from another manuscript—of women holding donut-shaped magnets in baths. Even back then, people believed in the pseudoscience of magnets.

The Voynich Manuscript has been reliably dated to mere decades before the invention of the printing press, so it’s likely that its peculiar blend of plagiarism and curation was a dying format. Once people could just reproduce several copies of the original Trotula and De Balneis Puteolanis on a printing press, there would have been no need for scribes to painstakingly collate its information into a new, handwritten volume.

Gibbs concluded that it’s likely the Voynich Manuscript was a customized book, possibly created for one person, devoted mostly to women’s medicine. Other medieval Latin scholars will certainly want to weigh in, but the sheer mundanity of Gibbs’ discovery makes it sound plausible.

See for yourself! You can look at pages from the Voynich Manuscript here.

Rebuttals
However, the conclusions reached by Gibbs hasn’t gone down well with people who actually read medieval Latin. Medieval Academy of America director Lisa Fagin Davis told The Atlantic’s Sarah Zhang, “They’re not grammatically correct. It doesn’t result in Latin that makes sense.” She added, “Frankly I’m a little surprised the TLS published it…If they had simply sent to it to the Beinecke Library, they would have rebutted it in a heartbeat.” The Beinecke Library at Yale is where the Voynich Manuscript is currently kept. Davis noted that a big part of Gibbs’ claim rests on the idea that the Voynich Manuscript once had an index that would provide a key to the abbreviations. Davis said: “Unfortunately, he [Gibbs] has no evidence for such an index, other than the fact that the book does have a few missing pages.” 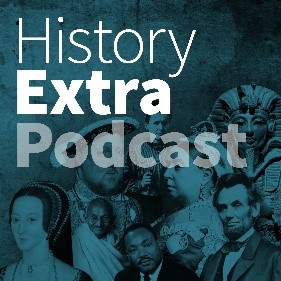 See a video on the Manuscript, here.

Books
Amazon.co.uk have several books on the Voynich Manuscript. Here’s one, available at this link: https://www.amazon.co.uk/Voynich-Manuscript-Raymond-Clemens/dp/0300217234 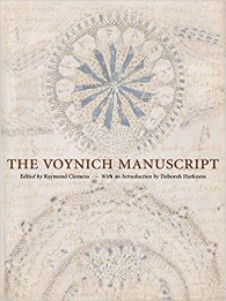 Many call the fifteenth-century codex, commonly known as the Voynich Manuscript, the world’s most mysterious book. Some of the pages are missing, with around 240 remaining. Written in an unknown script by an unknown author, the manuscript has no clearer purpose now than when it was rediscovered in 1912 by the Polish American antiquarian bookseller Wilfrid M. Voynich – from whom it took its name.