Gordon Brown: “I don’t believe we’re getting the full picture”

Was is extemporaneous or Highland Fudge?
Or one stunt too many?

After Lincoln’s law partner filed a plea that was not in accord with known facts. Lincoln told him:

“Hadn’t we better withdraw that plea? You know it’s a sham, and a sham is very often but another name for a lie. Don’t let it go on record. The cursed thing may come staring us in the face long after this suit has been forgotten.” – Recollected Words of Abraham Lincoln compiled and edited by Don E. Fehrenbacher and Virginia Fehrenbacher (Stanford, Stanford University Press, 1996), pp. 239-240. 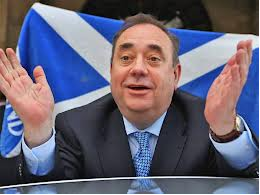 In his talk with Eamonn Holmes on Sky News yesterday morning, to mark the 100 day countdown to the date of the Scottish independence vote, Mr Brown said the Scottish First Minister’s gesture at Wimbledon was a terrible mistake. He said it was cheap and made Scotland look small. In ebullient form, he also hit out at the Coalition Government’s tactics in the battle over Scottish independence in the run-up to the referendum in September.

Asked whether Scottish First Minister Alex Salmond had been telling “porky pies” about the true cost of independence, Mr Brown replied: “I don’t believe we’re getting the full picture about what the consequences of independence are.”

But cast your mind back nearly 17 years ago when Gordon Brown was Chancellor of the Exchequer. On Wednesday 2 July 1997, he delivered his Budget speech. I found it interesting, in relation to the film industry (or “pictures” if you wish), that he said:

“Britain is increasingly leading the world in those industries which most 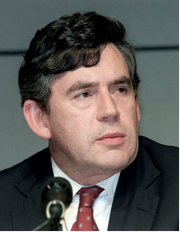 obviously depend on the skills and talents of their workers – communications, design, architecture, fashion, music and film. Our national endowment fund for science technology and the arts will offer talented young artists and scientists, the finance to turn British ideas into successful business ventures.

But despite the British film industry’s outstanding record of creative and critical success, too many British films that could be made in Britain are being made abroad, or not at all. The talents of British film makers can and should, wherever possible, be employed to the benefit of the British economy. So, after today, production and acquisition costs on British films with budgets of £15 million or less will qualify for 100 per cent write-off for tax purposes when the film is completed: a 3 year measure at a cost of £30 million, that will not only boost the number of British films but the British economy by boosting our exports.”

The part that I focused on was the 3-year cost of £30 million. I haven’t found any calculations for that figure. Nor have there been any admissions of error that the figure was incorrect.  But where did the £30 million figure come from and how was it calculated? Did it mean £10 million a year? Or was it simply extemporaneous, that is, made up or done without special preparation.

The fact is that between 1997 and 2005/6, actual film expenditure under the Chancellor’s scheme was, give or take a little, nearer to £2 billion – see here – a figure acknowledged by Gordon Brown in his Budget speech on 17 March 2004. At that time (2004), he said a “minority” of taxpayers had abused the system which is why he withdrew the old scheme and the new scheme paid tax relief direct to film producers.

The reference to only a minority of taxpayers is probably correct but it doesn’t actually square with the haughty claims by David Gauke, Danny Alexander et al at HM Treasury today, that film investors abused the tax system.

Anyway, whilst this is all very interesting, my worry is: how could the Chancellor have miscalculated by so much. £10 million a year is not the same as £2 billion. Was it only when the previous administration realised the size of Gordon’s miscalculation, that tax claims by every film production entity in the UK was subjected to prolonged enquiry? 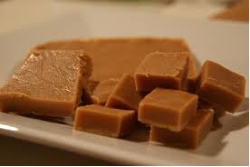 The trouble with politics, is that after a while, you really don’t know who to believe. Is Gordon Brown right today in what he says about the Scottish independence issue or are we getting a dose of Highland fudge?

“There is nothing that you could say to me now that I could ever believe.”
– Gordon Brown to Tony Blair after Mr Blair had systematically misled him for months about his intentions to quit as Prime Minister in the autumn of 2004.