Galileo, the Plague and the Opposition of the Catholic Church 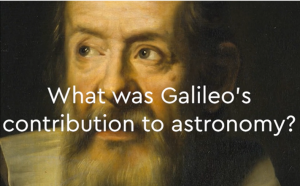 Did you know that there have been three great pandemics, or large epidemics, of the Bubonic Plague? The first came in the 6th century and is usually referred to as the Plague of Justinian. The second started in the late 1340s and ended in Marseilles in 1720. The third began in Mongolia in the middle of the nineteenth century. It eventually reached San Francisco, USA around 1904.

The Great Plague of Marseille was the last major outbreak of bubonic plague in western Europe. Arriving in Marseille, France in 1720, the disease killed a total of 100,000 people: 50,000 in the city during the next two years and another 50,000 to the north in surrounding provinces and towns.

Bubonic plague, spread by fleas on the body of the black rat, is one of the most painful diseases observed on earth.

The Galileo Project
The Galileo Project (here) is a source of information on the life and work of Galileo Galilei (1564-1642), a project that is currently supported by the Office of the Vice President of Computing of Rice University.

From The Galileo Project: When the plague-infected a person, the chances were high that both the individual and people in close contact with him or her would die within a few days. In Florence, for instance, of a population of 76,000, 9,000 people died from the plague in 1630-1631. For this reason, when the plague broke out in a particular city, other cities would stop all contact with that city.  The plague affected everyone in Italy, directly or indirectly. Galileo himself was forced to work around the constraints that the plague placed on his life.  Since religion dominated life in seventeenth-century Italy, prayer was naturally an important weapon against the plague. When the plague worsened in Florence during the summer of 1633, an order came from the Commissioner of Health requiring nuns to pray continuously for the next 40 days for divine [intervention]. This came on the heels of the procession of the “Madonna of Imprunetta” (a statue of the Virgin Mary) through the region. It seemed to work: a few months later the plague receded from Tuscany.

Galileo, the thinker
Galileo di Vincenzo Bonaulti de Galilei was born in Florence in 1564 and died in 1642.  By all accounts, he is acknowledged to have been a leading thinker of his time, although the championing of his beliefs put him at odds with the Roman Inquisition and eventually, he was incarcerated.

Galileo’s championing of Heliocentrism (the astronomical model in which the Earth and planets revolve around the Sun at the centre of the Solar System) and Copernicanism (the name given to the astronomical model developed by Nicolaus Copernicus and published in 1543. This model positioned the Sun near the centre of the Universe, motionless, with Earth and the other planets orbiting around it in circular paths, modified by epicycles, and at uniform speeds. The Copernican model displaced the geocentric model of Claudius Ptolemy that had prevailed for centuries, which had placed Earth at the centre of the Universe) met with opposition from within the Catholic Church and from some astronomers. The matter was investigated by the Roman Inquisition in 1615, which concluded that heliocentrism was “foolish and absurd in philosophy, and formally heretical since it explicitly contradicts in many places the sense of Holy Scripture”.

Galileo stuck to his guns – he was tried by the Inquisition, found “vehemently suspect of heresy”, and forced to recant. He spent the rest of his life under house arrest.

Galileo’s work provided a number of scientific insights that laid the foundation for future scientists.

Discovery of the moons of Jupiter and the rings of Saturn
Galileo pioneered the use of the telescope for observing the night sky. His discoveries undermined traditional ideas about a perfect and unchanging cosmos with the Earth at its centre.  Of all of Galileo’s telescope discoveries, he is perhaps most known for his discovery of the four most massive moons of Jupiter, now known as the Galilean moons: Io, Ganymede, Europa and Callisto. When NASA sent a mission to Jupiter in the 1990s, it was called Galileo in his honour. Galileo is the name given to a global navigation satellite system (GNSS) that went live in 2016, created by the European Union through the European GNSS Agency (GSA), headquartered in Prague, Czech Republic, with two ground operations centers in Fucino, Italy, and Oberpfaffenhofen, Germany.

Online Resources
There’s an interesting video on the Royal Museums website (here), a screenshot from which is given above.

The Stanford Encyclopedia of Philosophy website has some useful background information on Galileo, here.

‘Galileo’s Lessons for Living and Working through a Plague’ is a blog covering the outbreak of the plague in Italy in the 1630s forced Galileo to find new ways of doing his research and connecting with his family. It’s on Scientific American (here) but you will need a subscription to read it.