by Martin Pollins | Feb 10, 2014 | Accountants, Auditors and Other Professionals, EU and International 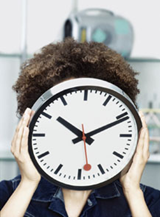 The U.S. Treasury Department says that the U.S. has signed intergovernmental agreements with both Canada and Hungary to implement the Foreign Account Tax Compliance Act, or FATCA, in an effort to discourage offshore tax evasion.

The Foreign Account Tax Compliance Act (FATCA) is a controversial piece of U.S. legislation that will impose potentially burdensome reporting requirements on U.S. taxpayers and on “foreign financial institutions”. Under FATCA, the Internal Revenue Service (IRS) could withhold 30% of all gross proceeds of a fund or investment where the end investor fails to prove they do not have a U.S. tax liability. The stated purpose of the legislation is to stop tax haven abuse by U.S. citizens and is a reincarnation of the Levin Bill slipped through by the Senate Tax Committee.

FATCA has provoked controversy abroad with foreign governments and banks, as well as U.S.-born expatriates and dual citizens, who have been finding it difficult to open accounts and do business at many banks.

In an effort to alleviate the concerns of foreign governments about their own bank secrecy laws, the Treasury Department has been negotiating a series of intergovernmental agreements under which it also agrees to share information about their citizens and residents who have accounts at U.S. banks.

The latest agreements were signed this week with the governments of Canada and Hungary. Agreements with Italy and Mauritius to exchange tax information were also recently assigned since December, the Treasury announced. So far, the U.S. has signed 22 intergovernmental agreements and has 12 agreements in substance to date.

Governments have two options for complying with FATCA. They can either permit their foreign financial institutions to enter into agreements with the IRS or they can themselves enter into one of two alternative Model IGAs with the U.S. Under a Model 1 agreement, FFIs report the relevant information to their respective governments, which then relay that information to the IRS. In contrast, a Model 2 agreement allows FFIs to provide relevant information to the IRS themselves, with government-to-government cooperation serving to facilitate reporting when necessary to overcome specific legal impediments.

Each of the countries in the Thursday’s announcement—Canada, Hungary, Italy, and Mauritius—signed reciprocal Model 1 agreements. This means that the U.S. will also provide tax information to these governments regarding individuals and entities from their jurisdictions with accounts in the United States. 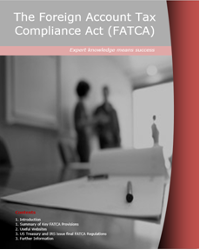 The US Treasury Department’s FATCA page is here.

Guidance and FAQs from AIMA

Guidance on FATCA is available from the Alternative Investment Management Association (AIMA). It was published on 23 May 2013 and the link is here.

My company has a publication on FATCA – if you would like a copy of it, please email me at mpollins@bizezia.com.