by Martin Pollins | May 28, 2014 | Accountants, Auditors and Other Professionals, Lawyers

Here’s a round-up of stories and news that affect accountants and lawyers this week.

Working Remotely: Moving a professional firm to an “All-Remote Workforce” 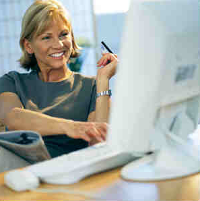 Tim Baran wrote in Legal Productivity this week about a lawyer who now operates an all-remote workforce. Think about it: no rent, business rates or other property overheads.

“Can’t be done with our firm” may be what you’re thinking. But you’re probably wrong.

As part of a series on “Working Remotely” inspired by “Remote,” the book by the 37Signals guys, and the author’s own experience working remotely for many years, this is an interesting article for lawyers and other professionals. Read about it here.

Let Your Clients Do the Talking, says Bonnie Buol Ruszczyk

Ms Ruszczyk suggests, in accountingTODAY, that between the rising popularity of content marketing and the fact that it isn’t going anywhere soon, many firms these days find themselves pondering the important question, “What do we have to say?”

She says that the possibilities are endless! “Rather than getting bogged down in existential paralysis, firms should embrace the convenience provided by that unlimited scope. You can explain a new regulation or law. You can comment on an article that someone else shared (with proper attribution, of course). You can even enlighten your readers with a funny story that teaches a lesson. Whatever you do, don’t overlook the vast resource for content development that is right in front of you.”

Is she right? Well, at least think about it after you’ve read what she says, here.

Financial advice to be available in church 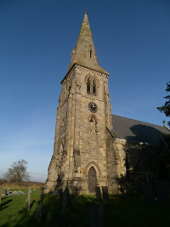 Is this something clients have been praying for? Possibly.

The Church of England has launched a new scheme to promote responsible lending, which will see people being given financial advice in church. The Church Credit Champions Network (CCCN) will promote the use of credit unions rather than payday lenders. BBC News say it follows the Archbishop of Canterbury’s criticism of payday lenders in July last year.

Are there opportunities for your firm in this move?

The outlawing of corporate LLP members

The ICAEW Tax Faculty Team reported on this important matter this week. Deep in a BIS Response Paper published in April 2014, there resides a proposal to prohibit the use of corporate partners by Limited Liability Partnerships (LLPs). A response document is not a consultation, but is a Government response to another consultation. Unfortunately, this proposal was not mentioned in that earlier consultation.

The Faculty says it wouldn’t normally expect to see invitations for comment in response documents, but there are in this one. All rather confusing, particularly as the original paper is about better transparency. Read about it here to make sure you’re up to speed when you advise your clients.

In ICAEW Economia this week, it says that The Financial Reporting Council FRC has found three of the Big Four produced audits that needed “significant improvements” in its latest Audit Quality Inspection. EY faced the harshest criticism from the accountancy regulator. Of the 16 EY audits reviewed, four required significant improvement, compared to only one last year. Six of the audits (2012/13: 10) were performed to a good standard with limited improvements required and six (2012/13: one) required improvements.

EY had addressed weaknesses found in the previous year’s review; however, the FRC said issues continued to arise in a number of these areas including revenue recognition, group auditing considerations, testing of IT controls and impairment of goodwill.

The audit of revenue was reviewed on eight audits with issues identified on six, in particular “weaknesses in the risk assessment”.

Read about this story here. 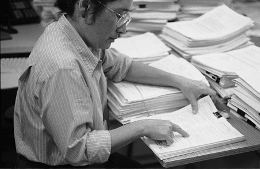 Last week, Michael Cohn, editor-in-chief, accountingtoday.com, from the US informed us that The American Institute of CPAs (AICPA) has issued an exposure draft proposing changes in its standards for performing and reporting on peer reviews and engagement reviews of CPA firms.

Read what this all about here.

Richard Johnstone wrote in Public Finance International to say that CIPFA has warned that the European Union could face an existential threat unless the new European Parliament and Commission take urgent action to address vulnerable public finances across the continent.

Should you be worried? Read about it here.

Mike Godfrey, Tax-News.com, Washington, USA wrote to say that in a recent letter to Internal Revenue Service (IRS) Commissioner John Koskinen, the American Institute of Certified Public Accountants (AICPA) expressed its opposition to the voluntary United States tax return preparer regulation program that the agency is planning.  The IRS was blocked from implementing a nationwide licensing scheme and mandatory regulatory requirements on tax return preparers by the US Court of Appeals for the District of Columbia Circuit in Loving v. IRS (No. 13-5061).

However, the AICPA has “deep concerns with regard to a voluntary system, and the speed with which the IRS is moving to implement such a system,” AICPA President and CEO, Barry Melancon, and Chair of its Tax Executive Committee, Jeffrey Porter, wrote. “We believe a voluntary program would create confusion regarding the relative proficiencies of the various types of preparers. In addition, the proposed voluntary system would undoubtedly leave the impression among most taxpayers that certain tax return preparers are endorsed by the IRS.”

Could something like this happen in the UK? Read about it here.