by Martin Pollins | Jan 29, 2014 | Accountants, Auditors and Other Professionals 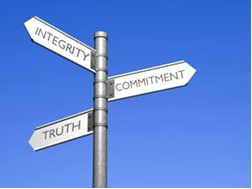 Earlier this week, the Consultative Committee of Accountancy Bodies (CCAB for short) published guidance, called Developing and Implementing a Code of Ethical Conduct. It is aimed at professional accountants intending to develop or enhance codes of conduct within their organisations, but CCAB believes that the advice and guidance could be applicable to a wider audience, in the private, public and not-for-profit sectors. The guidance can be found here.

CCAB say that the effective introduction of a code will be of value to a wide range of stakeholders and must have relevance to, and communicate effectively with:

The UK is not alone. In the US, a revised AICPA Code of Ethics is on the way. In an article in the February 2014 edition of Journal of Accountancy, Ellen Goria writes about the AICPA Code of Professional Conduct (ethics code). If all goes as planned, the revised code will be adopted by the Professional Ethics Executive Committee (PEEC) and will be issued in electronic format by the third quarter of 2014 to be effective on 15 December, with a delayed effective date for the implementation of two conceptual frameworks.  The Executive Summary in this paper says that the AICPA’s existing Code of Professional Conduct is not structured for quick and easy navigation. A reformatting is meant to change that. The changes are mostly organisational, but some are substantive. 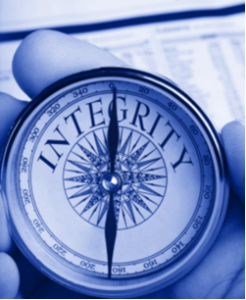 The accountancy bodies and ethics guidance

If you want a good overview on this subject, I suggest you read Mark Lee’s article on accountingWEB here. He sets out what is required for compliance with the common set of fundamental principles adopted by the CCAB Accountancy bodies:

As an ACCA case study says, professional accountants have a vital role to play in commercial success, by using their increasingly valuable knowledge in a way which gives their organisations or clients a competitive advantage. But it is critical that this information is used in a way which is both fair and honest. Read it here.