“Even in Britain, the trade unions tell me that employment contracts have less protection than in the past.” – Jacques Delors (French economist and politician, 8th President of the European Commission and the first person to serve three terms in that office) 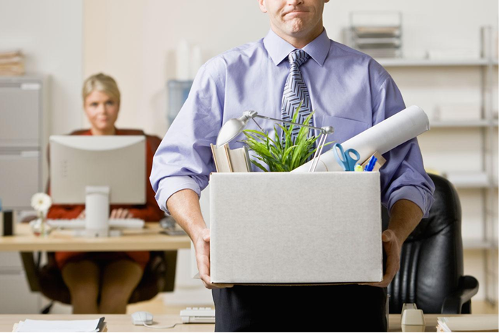 In every organisation, employment law issues lurk just around the corner. Ignore them at your peril. Whether you are recruiting, rewarding, disciplining, or firing employees or even providing a reference for someone who has left for pastures new, careful attention must be paid to the employment law and regulations that apply. Failure to follow the rules can result in unhappy and litigious employees, big fines, expensive legal actions and adverse publicity, as well as an unhappy workforce. 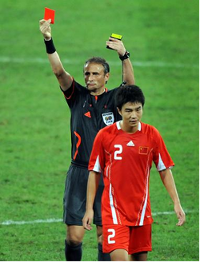 Often, and far too often many would say, employers make trouble for themselves simply because no frameworks exists by which their employees carry out their duties. Imagine what it would be like if teams in the World Cup had no rules. Nothing about what happens if a player touches the ball with his hand. No rules on corners or “throw ins. Fouls would have no meaning and cautions with a yellow card and dismissals (sending off) with a red card held aloft by the referee wouldn’t be legislated for. It would be an absolute disaster. But that’s what happens in practice when an organisation has no employment rules.

Every organisation needs a work manual. Bizezia’s Work Manual allows you to create your own office policies and procedures manual on a fully-editable online system. Additionally, you can use Work Manual to create office policies and procedures manuals as an additional fee-generating service to your clients. Work Manual now comes with templates for Contracts of Employment, Written Employment Particulars and a comprehensive editable Job Description Library, as well as optional additional work policies.

The trouble is that employment law is not a stationary beast. It’s changing all the time. For example, and with acknowledgement to Sofie Persson at Engelharts, there have been quite a few recent developments as to what is classified as a disability.  One of the most noteworthy in the recent press is whether or not obesity is the new disability.  I won’t pre-empt what Sofie is going to write in a guest blog for us this week, except to say that a test case is currently before the European Court of Justice which will determine whether EU law bans discrimination or grounds of obesity. The case is being brought by 25-stone Danish child minder Karsten Kaltoft, who is contesting being sacked by being unable to perform his duties because of his size.

Last week, CIPD commented on this, here. Did you know that the UK has the highest percentage of obesity in Europe (The National Obesity Forum has estimated that by 2050 half of the UK’s population will be obese). This could be quite a significant decision for both employees and employers.

Each day, when I write the daily news for the newsreel at Bizezia.com, more often than not there’s an article or two on employment law cases from Daniel Barnett – a leading employment law barrister practising from Outer Temple Chambers in London and Manchester.

I’m not a lawyer myself although I have two sons who are – one in the UK and the other in Singapore. I’ve always found employment law very interesting but hard to understand. I first got interested in it when I was on the wrong side of an unfair dismissal claim early in my career. I still reflect that I was right to dispense with my employee’s services but the law thought otherwise.

I wish Daniel Barnett had been around then as it would have been very useful to have had him on my side. I’m sure that I would have won the case with his help. But I took away some valuable lessons from that experience.

His reputation goes before him and the list of testimonials from very satisfied attendees at previous events is as long as your arm and glows in the dark, mysterious world of employment law.

I spotted a series of Barnett MasterClass events scheduled for 11 locations in July and 3 more in October – details here. The day with Daniel Barnett carries 6 hours CPD accredited with the Solicitors Regulation Authority and the cost seems very fair and good value. Click here for details of cost options.

Now there’s a chance for you to learn from “he who knows”.  A day at Daniel’s 2014 MasterClass could be the right tonic for you and your firm. And, whilst CPD is still a requirement, the 6 hours credit for your attendance is an added bonus. If your work requires you to know the latest about what’s going on in the world of employment law, this is definitely one to put in your diary.

How up to date is your knowledge?

See how many of these you know. On what date do these come into effect:

Or these: Answer yes or no:

Tip: You’ll find the answers here, on Bizezia’s EziaNews in June 2014 and the two previous months.

“Change is the law of life. And those who look only to the past or present are certain to miss the future.”  – John F. Kennedy