This is the second part of this article. If you missed Part 1, you can read it here.

The Internet and competition 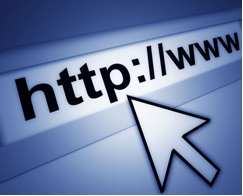 Lawyers now have to be much more competitive. Often, this means deliberately targeting new clients. Marketing and selling comes in many guises, from putting on client seminars to direct mail campaigns – it’s now the norm, while not so many years ago it was a disciplinary matter to seek new work in this way. Things have certainly changed.

A while ago, I read that 4 in 10 law firms in the US are reporting winning new clients through blogging and social media. Has technology passed you by?

Carolyn Mumby, Barrister, provided some insights into how to get clients to choose you rather than the competition. She says that global giants like McDonalds are super marketeers and use powerful hooks that tap into modern life to make their customers choose them (differentiators). They use offers such as the only ‘calorie restricted burger’ and when their competitors catch up they look for another differentiator. In the meantime, they take the lion’s share of the market.

So you must have a compelling reason for a new client to choose you and if you don’t, then you could miss out on new business.

Ms Mumby says that a simple way to develop differentiators is to put yourself in the client’s shoes and think about what they really want and need. Once you have the answers you can devise responsive services and powerful offers which will help you convert more prospects into paying clients. The most compelling offers are often those that make the client’s life easier!

Is this the death of the hourly rate? 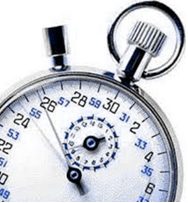 In 2002, Master of the Rolls Lord Neuberger warned that alternative business structures may sound the ‘death knell’ for hourly billing.  Speaking at the Association of Costs Lawyers conference on 11 May 2012, Neuberger said clients were increasingly put off by hourly billing and attracted by fixed fees. As well as ABSs, he said the economic climate and the advance of legal comparison websites make fixed, and mostly lower, fees inevitable.

But Neuberger told lawyers they should not fear for their business or expect worse pay as a result of changes to the market. ‘If litigation is cheaper, elementary economics suggests that there will be more of it,’ he said. ‘Rather than charging high in a few cases, and driving away those with valid claims from the courts, lawyers should be able to charge realistic fees, and encourage many more clients to instruct them to fight their case. So, significantly lower legal costs should not lead to less money for lawyers, but it should lead to better value for money, and should give to our citizens what so many are currently denied, namely access to justice.’

Are you in Control?

Many legal practices have problems – perhaps, at the top of the list is an imbalance of partners: too often the senior or managing partners may be at, approaching (or even be past) retirement age. Both he (or she) and the other partners probably agree that someone else should take over these roles but nobody has taken the initiative.   Apart from leadership problems, many legal firms have    other problems:

Some firms are in danger of being completely out of control and are losing their reputation against other firms investing in the latest technology – unfortunately, the “ostrich syndrome” takes over and no decisions are taken at all. Often, no partners meetings (or very few) are held and practice budgets are conspicuous by their absence – in fact, many partners have never heard of cash flow projections. The old-fashioned accounts system provides information that is inadequate and too late. There are no procedures for disbursement or credit control and the firm is trusting to luck rather than judgement as to whether it survives. 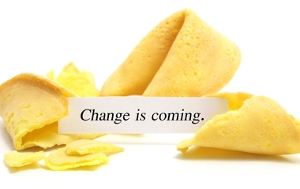 Paul Rawlinson, managing partner of Baker & McKenzie’s London office wrote an interesting article in Legal Week (here) titled: Technical excellence is not enough: lawyers need to break free from their narrow silos. He opined: In a market undergoing radical change, ‘collaboration’ is no longer an optional extra for law firms. It’s worth reading this article about collaboration and what it should mean in the context of a high-performing business law firm. He argues that, “against the backdrop of a market that is undergoing fundamental change, collaboration, with our people and with our clients, is far from an optional extra.”

Typical Lawyer and Collaborative Lawyer – what the difference?

Last week, the Law Society Gazette article ‘Agile working’ the key to future legal sector, caught my attention. It says that law firms of the future will have fewer permanent lawyers and office space for just the most influential partners, a report published by a web-based practice claims. The report was written by Canadian legal consultant Jordan Furlong and commissioned by Lawyers on Demand, an alternative legal services provider started in 2007 by international firm BLP.

The report, entitled The New World of Legal Work, concluded that private practice lawyers will increasingly be ‘entrepreneurs’, evolving to compete to join rotating teams of professionals on an ‘as-requested’ basis. Other changes in the legal sector will include:

The full report can be downloaded at the LoD website.

So, what will the law firm of the future be like?

Emma Dickinson wrote on the Law Society website after attending last year’s conference of the Institute of Financial and Legal Management (ILFM) at the Law Society in London. It’s a good article and worth reading.

The need for professional management

Professor Stephen Mason, director of the Legal Services Institute said there is a current trend towards incorporated legal businesses, rather than the traditional model of legal partnerships. He thinks the age of the lawyer is in decline because of several recent changes in the legal market, including:

Ms Dickinson wrote that Mason’s view is that this will naturally lead to more multidisciplinary partnerships in the future, something that will happen but slowly: non-lawyer new entrants into the legal market will be the ultimate drivers of this change. Therefore, this will not be at the larger firms, but is likely to be consumer driven. Mason also noted that, for younger people, raising investment is difficult in the current climate, which may be why some potential entrants to the market have not yet been able to have a strong impact.

Mason proposed that the profession in the future will need professional managers, with relevant training.

According to the SRA, 40 per cent of law firms have cash-flow difficulties. 700 firms are currently under review by the SRA and half of those firms were found to be under financial stress. Financial management is a growing problem, with everyone in the legal services being put under more pressure. The SRA is currently building a new and more detailed version of the firm risk profile. Education and training will be incorporated into the risk assessment process because, at the moment, lawyers are not being trained to run businesses, which creates a potential risk that those businesses may run into difficulties in the future. A risk outlook for 2013 has recently been published by the SRA to show the baseline assessment of risk in the market.

Emerging risks identified by the SRA include:

Potential risks identified by the SRA include:

Find out more about the ILFM on their website

Outsourcing – the future for law firms 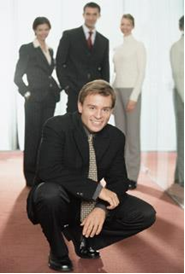 A Connect2Law article, here, says that “UK law firms believe that outsourcing business and legal functions will help them fight off competition from new entrants but many are failing to act, a survey reveals.”  The Legal Services Act is now with us but a survey by the legal referral network, Connect2Law, found that:

In bringing this post to a close, I must mention two things:

Yes, I know that I haven’t mentioned the Quality Solicitors brand or the impact of Rocket Law or Rocket Matter. Maybe, I’ll save them for another day.