Directors’ Service Agreements… What They Should Cover 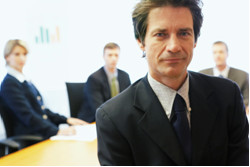 An Executive Director has rights and obligations arising as an employee as well as a director of the company. It is important to remember that these two roles are separate but related. A director’s Service Agreement is a more complex contract than the basic contract of employment. It can comprise one or more documents but generally the main terms will be contained in the Service Agreement. The trouble is that most directors don’t have one. This article covers some of the issues involved.

Special Clauses and Provisions to include in a Service Agreement

Although in most cases the Director’s Service Agreement will be drawn up after consultation with a lawyer, it’s useful to know some of the important issues that should be covered.  I haven’t included basic things here such as Pay, Hours of Work, Place of Work, Expenses Policy, Benefits Policy, Sickness Policy, Retirement Arrangements, Holiday Pay, Board Meeting Policy and Pension Arrangements and so on. I have listed some of the most important clauses below but if you want to delve deeper, please email me at mpollins@bizezia.com to ask for the publication I mention at the end of this article.

It’s worth mentioning, and reminding readers that as part of the Companies Act 2006 the Government has codified the duties of directors so that directors are expected to: