From crying and excess energy, to life-long learning

Listen, and watch. Learn and discern. Follow your interest. Apply what you find…

For crying out loud…

Last month, in New Scientist, it provided discussion on “Why do toddlers seem to have so much energy.” Elsewhere it was posed as a question: “Why do babies, who eat so little, have boundless energy?”

Strangely, the article didn’t mention that babies cry a lot.

“The most interesting information comes from children, for they tell all they know and then stop.” – Mark Twain

The best explanation seems to be that toddlers don’t eat little, per se. If you consider the volume of milk and food they consume as a ratio of their weight, it’s obvious that their intake is much higher than an average adult.

Lots of other explanations circulate around the web: Take your pick from:

One question that caught my eye and made me think is this: How much time can we spend (as adults) on a task (or subject) if it is interesting and stimulating?  Pretty much unlimited I’d say. 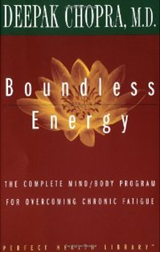 Conversely, if a task is boring how soon do we tire and reject it? Pretty soon, I think.

Using the primary idea that “Attention has power”, Dr. Deepak Chopra in his 2007 book Boundless Energy asks us to begin using our power by bringing our attention to key issues in our lives. If there’s no attention because a subject has no interest to the reader/listener, it becomes uninstructive rather than didactic, and it is highly likely that it will be rejected.

If you are still reading this, there is a reasonable chance it has your attention. It’s the same with babies. Apart from lots of food, they also get attention. Lots of attention. And, as a result, they display boundless energy.

The trick is to learn how to choose between this and that. This, which appears to be interesting and could result in you learning something new you didn’t know before always accepting that it may not end up like that. Or That, which appears to be irrelevant and couldn’t possibly teach you anything new but on the other hand it might do so which is why your curiosity makes you pay attention albeit for a short time until you are sure, one way or the other.

“…Isn’t it splendid to think of all the things there are to find out about? It just makes me feel glad to be alive – it’s such an interesting world. It wouldn’t be half so interesting if we knew all about everything, would it? There’d be no scope for imagination then, would there?” – L.M. Montgomery, Anne of Green Gables

The Desirable Difficulties perspective, according to a paper by Janet Metcalfe at Columbia University, says that individuals should make things hard on themselves (but in a good way). Instructors (this includes teachers and advisers – and that includes you) should not spare the learners (your students and your clients), but instead they should challenge them and make learning difficult. People should embrace difficulties, because it is through those difficulties that long-term learning occurs. The term ‘desirable’ is added to difficulties, but even so the message is that learning should be a challenge. The message, from Dr Robert Bjork (who, with Elizabeth Bjork, conceived the idea of Desirable Difficulties) is that fast learning doesn’t lead to long-term retention of information – watch him on video explain this here. 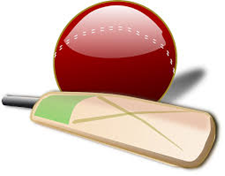 Next time you interview someone to join your firm and you want to measure their intelligence, try asking these three questions, often regarded as the world’s shortest IQ test, it’s called the Cognitive Reflection Test (CRT) and was invented by Shane Frederick a professor at Yale University. Here are the questions:

Are you brave enough to email your answers to me at mpollins@bizezia.com?

Strangely, the test becomes easier to cope with if it is made harder, for example by using an unusual font in a hard-to-see colour. Try it yourself or on other people at work.

There’s something else you can use as part of your interview weaponry. It’s called the five-factor model of personality – it analyses personality traits in terms of five basic dimensions: Extraversion, Agreeableness, Conscientiousness, Neuroticism, and Openness to Experience. It’s said that the analysis provides a better result than, for example, the Myers Briggs test. The five-factor model is based on the idea that five main dimensions are necessary and sufficient for broadly describing human personality. In fact, try it out yourself here.

If you want 10 techniques that are guaranteed to earn you more attention without losing any of your professional credibility, click here to read a great article by Sims Wyeth on Inc.com.

LinkedIn provided some interesting perspectives, here. It says, and who could argue with it, that in today’s over-crowded media environment, attention is at a premium. Best-selling author Daniel Goleman can help here – read his book on the matter: The Brain and Emotional Intelligence: New Insights.

Back to babies again, an academic paper titled Attention-Getting and Attention-Holding of Infant Visual Preferences, written more than 40 years ago by Leslie B. Cohen at he university of Illinois throws some light on the subject.

Did you know that babies learn one language over another by listening to others around them and “taking statistics” on the sounds they need to know? Laboratory experiments, and brain scans, show how 6-month-old babies use sophisticated reasoning to understand their world. Sounds weird doesn’t it? But stay with it and read about it here. It’s not so weird when you know that babies are born with 100 billion neurons and suck in new information for statistical analysis comparing it with what they’ve previously heard, seen, tasted and felt, constantly revising their theories of the world and how it works. And by 36 months they have about 15,000 synapses per neuron, three times the synapses of adults – one of the reasons that foreign languages are easier to learn when you’re young, according to Professors Patricia Kuhl and Andrew Meltzoff at the University of Washington. 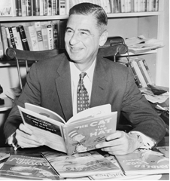 If it moves you to do so, you could email me at mpollins@bizezia.com with your thoughts on this article. If I may suggest it, you could also follow this blog by scrolling up to the right hand side of the page and filling in your email address.