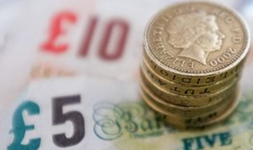 This article covers my understanding of the changes to savings which seek to go some way to repair the damage done by the recession to the returns people get on the money they have put aside for a later or rainy day. I’ve written a separate article on the pension changes.

Cutting the 10% tax rate on savings income
The government announced at Budget 2014 that from April 2015, it is abolishing the 10% ‘starting-rate’ of tax for savings income and replacing it with a new 0% rate, to provide further support for the lowest earners. It is also increasing the amount of savings income that the new 0% rate applies to, from £2,880 to £5,000.

What this means is that anyone with a total income of less than £15,500 will not pay any tax on their savings. From April 2015, if total income (things like wages, pension, benefits and savings income) is less than the personal allowance, plus £5,000, a taxpayer will be eligible to register for tax-free savings, with their bank or building society.

New Individual Savings Accounts (NISA), Junior ISA and Child Trust Fund (CTF): increasing flexibility for savers and investors
With effect from 1 July 2014, the annual subscription limit for cash and stocks and shares ISA will be equalised at £15,000, and restrictions on the transfer of funds between stocks and shares and cash ISAs will be removed altogether. Consequential changes will be made to the rules concerning the securities and other investments that can be held in an ISA, and Core Capital Deferred Shares issued by a Building Society will also be eligible for investment in an ISA and CTF.

Pensioner Bonds
The Chancellor announced the introduction of new pensioner bonds to help retired people who have suffered from low interest rates. Two fixed-rate “market leading” savings bonds will be launched to help people aged 65 and over who have seen their incomes cut by low interest rates over the last 5 years or so.

The new pensioner bonds, launched by the government’s funding arm – National Savings and Investment (NS&I) – will be available from 1 January 2015 and be available to everyone aged over 65.

The exact rates will be set in autumn 2014 to ensure the best possible offer, but our assumption is 2.8% for a one-year bond and 4% on a three-year bond. “That’s much better than anything equivalent available in the market today,” the Chancellor said. 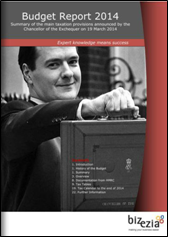 NS&I will allow Premium Bond purchases up to £40,000 – up by £10,000 on the current limit of £30,000 from 1 June 2014. The number of £1 million prizes will be increased to two from August 2014. “Increasing savers’ chances of winning the largest prize will allow people who want to save more through Premium Bonds to do so” said the government. But it isn’t that people want to save more but rather win more.