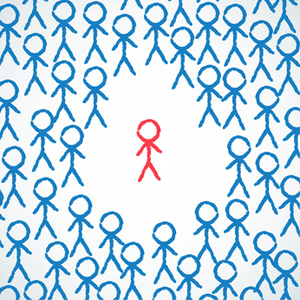 What does your staff handbook say?

If you have a dignity at work policy in your staff handbook, it is advisable to include clear examples of what constitutes unwanted conduct. This ensures that it is then clear in everyone’s mind where you draw the line.  (Work Manual from Bizezia has a number of fully editable work policies – look up details at: www.bizezia.com/products/work-manual)

It is important to note that the word unwanted in this context actually appears to mean the same as unwelcome or uninvited.  For the purposes of EqA, unwanted does not mean that express objection must be made to the conduct before it becomes unwanted. Another misconception is that a one-off incident cannot amount to harassment. This is not true. If the act is serious enough it can amount to harassment under the EqA.

A female car mechanic is told by her boss that her work is not as good as her male colleagues and perhaps she should stay home and cook and clean for her husband. This all happens in front of other male colleagues. This statement could potentially amount to harassment related to sex as it likely to have been unwanted and the female car mechanic would not have to object to it before it was deemed unlawful harassment.

If a worker with HIV is verbally abused because he or she has to take a lot of medication in the workplace, this could amount to harassment related to disability.

The most common form of harassment in the workplace is where a person is generally abusive to other workers, but in relation to a particular worker, the form of the unwanted conduct is determined by that worker’s protected characteristic.

During a meeting attended by both male and female workers, a male manager directs a number of remarks of a sexual nature to the group as a whole.  A female colleague finds the comments offensive and humiliating to her as a woman.  She would be able to make a claim for harassment, even though the remarks were not specifically directed to her.

A worker has a daughter that has converted to Islam.  His work colleagues make offensive remarks to him about his daughter’s new religion.  In this case, the worker could have a claim for harassment related to religion or belief.

Therefore, in the above example, the daughter may not have converted to Islam, but if her father is being subjected to abuse because his colleagues think she has, he could still have a claim for harassment related to religion or belief.

A manager racially abuses a black worker.  As a result of the racial abuse, the black worker’s white colleague is offended and could bring a claim for racial harassment.

An example of this would be a male worker who has a relationship with his female manager.  When this male worker was seen with another female colleague, the manager suspects that an affair between them exists.  As a result, the manager makes the male worker’s working life difficult by criticising his work and using offensive and abusive language.  The important point here is that the behaviour is not because of the sex of the male worker, but because of the suspected affair which is related to his sex.  This could amount to harassment related to sex.

There is a separate protection against conduct which is of a sexual nature.  This type of harassment does not need in any way to relate to a protected characteristic.

This type of harassment occurs where:

Conduct of a sexual nature can include verbal, non verbal or physical conduct, including unwelcome sexual advances, touching, forms of sexual assault, sexual jokes, displaying pornographic photographs or drawings or sending emails of a sexual nature.  Again, if you do have a staff handbook which included a Dignity at Work Policy, it is advisable to clearly state which kind of behaviour is prohibited as they are likely to amount to sexual harassment under the EqA.

A young lady is at the start of her professional career.  She was encouraged by her employer to attend as many networking events as possible to promote the company, which she did. She was later told at a staff party by a rather inebriated senior manager that ‘the reason why we send you to these networking events is because people want to sleep with you’.  In this case, this young lady had her wits about her and lodged a formal grievance with her employer.  The grievance was taken seriously and complaint was investigated. In the end, the perpetrator formally apologised to the young lady for his lewd and inappropriate comment.

There are a couple of things to learn from the above situation. Firstly, the statement was made at a staff party which, even though it was after working hours, was (for the purposes of the EqA) still in the course of the girl’s employment.  This is also a good example of how sometimes the best way to deal with prohibited conduct is to address them informally and encourage the perpetrator to apologise before you move to a more formal grievance and disciplinary procedure.

With the above example in mind, as for standard harassment, if the purpose of the conduct is to violate the victim’s dignity or create an intimidating, hostile or degrading, humiliating or offensive environment, then the perpetrator may be liable even if it did not have that effect, or at least has not been shown to have that effect.

Conversely, if the effect of the conduct is to violate the victim’s dignity or create an intimidating, hostile, degrading, humiliating or offensive environment, then the perpetrator may be liable even if that was not the purpose of the conduct.

In deciding whether conduct has the effect of violating the victim’s dignity or creating an environment that is intimidating, hostile, degrading, humiliating or offensive to the victim, a tribunal must take each of the following into account.

Hence, it will be no defence that the perpetrator would have behaved just the same to men, or women or both.  So, in the example above if the senior partner said the exact same thing to a male employee at the staff party it would not have been a defence.

A junior staff member rejects the advances of a manager and is then turned down for a promotion which she believes she would have got if she had slept with her boss.  This worker would then have a claim for harassment.

The Concept of Purpose or Effect

It is very important to note that if the purpose of subjecting the worker to the conduct is to create an environment that is intimidating, hostile, degrading, humiliating or offensive to the victim, this will be sufficient to establish unlawful harassment.  It will not be necessary to inquire into the effect of that conduct on that particular worker.

Regardless of the intended purpose, unwanted conduct will also amount to harassment if it has the effect of creating an environment that is intimidating, hostile, degrading, humiliating or offensive to the victim.