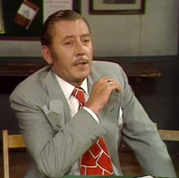 On their website, BGS have an interesting posting titled: As We Once Were: Wartime Rationing. It was authored by Michael Denham and published on 14th  November 2015, here.  The point is made that petrol was the first item rationed in 1939 but was eventually restricted to ‘official’ users only e.g. bus companies and farmers.

On 8th January 1940 butter, bacon and sugar rationing followed. Later meat, tea, jam, biscuits, breakfast cereals, cheese, eggs, lard, milk, canned and dried fruit joined the list. Babies, pregnant women and the sick were allocated additional food items such as milk, orange juice and cod liver oil. Domestic coal was rationed to 15 hundredweight in London and 20 hundredweight for those in the north. Anthracite was not rationed. All types of soap were rationed by weight or liquid quantity. Some families supplemented their rations with food parcels from friends living abroad.

By 1942, most foods were rationed except vegetables, bread, and fish. Lemons and bananas disappeared but oranges were occasionally available.  Cigarettes and tobacco were not rationed.

From September 1939, newspapers were limited at first to 60% of their pre-war consumption of newsprint. Wrapping paper for most goods was prohibited. Whether rationed or not, many consumer goods, such as razor blades became difficult to obtain.

The government strongly encouraged ‘Growing your own fruit and vegetables’ with well-publicised ‘Dig for Victory’ campaigns and imaginative ideas about using potatoes. Women from the Women’s Land Army helped on farms. Recruitment was originally voluntarily but later conscription was introduced producing an army of over 80,000 women.

Allotments thrived with numbers reaching 1.4 million. Pigs, chickens and rabbits were reared domestically for meat. In 1940, the wastage of food became a criminal offence.